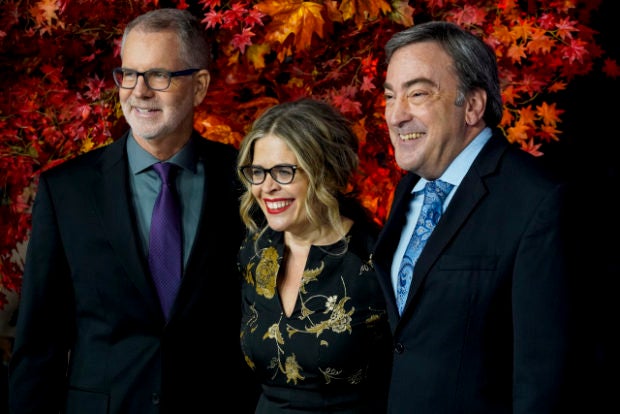 From “Frozen 2” to “A Beautiful Day in the Neighborhood,” 12 female directors worked across 2019’s 100 top-grossing films, per a new report from USC Annenberg, which also found that average review scores were the same for men and women, though female directors were far less well represented at award shows.

There’s still a way to go for Hollywood’s cadre of big studio directors to reach parity between men and women, though at least 2019 was a better year than most.

However, the report also pointed out that 13 films made by non-white female directors together logged a 62.5 point Metacritic average over.

Award show inclusion was even lower over the 13-year period, with only 5.1% of Best Director nominees from the Golden Globes, Directors Guild of America Awards, Oscars and Critics’ Choice from 2008 to 2020 being female: Angelina Jolie (“Unbroken”), Ava Duvernay (“Selma”), Gerwig and Bigelow.

The report identified three other routes into filmmaking for up-and-coming female directors: independent movies (34.5% of U.S. Dramatic Competition entrants at Sundance directed by women between 2015 and 2019), TV episodes (31% during the 2018/19 season per the DGA) and Netflix movies (20%).

“These findings represent just how out of step the studios and mini-majors are … when it comes to female directors,” the report authors urged.

“Overall, these findings reveal that hiring practices have started to shift behind the camera in important ways for women.”

“Where more work is needed, however, is to increase access and opportunity for women of color. When women of color do step behind the camera, the critical reviews of their films were more favorable [than for their counterparts].”

“Expanding the notion of what a director can look like, and how talent is judged will ensure that true and lasting change can be accomplished.” NVG