Contestants praised for coming out as gay on ‘Eat Bulaga!’ 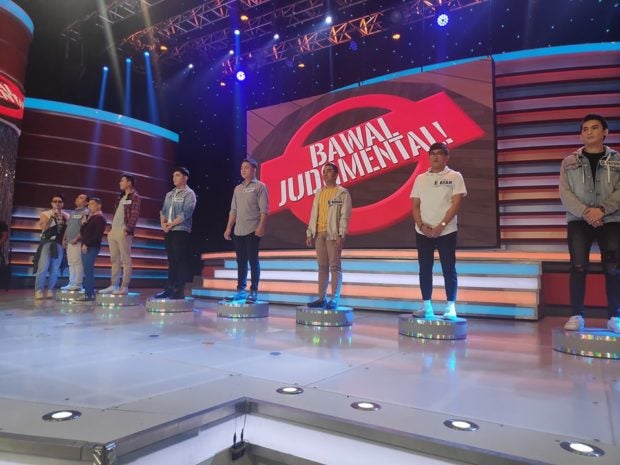 Contestants in the “Bawal Judgmental” segment brought high emotions to viewers and hosts when they came out to loved ones.  Image: Facebook/@EBdabarkads

A segment in variety show “Eat Bulaga!” today, Jan. 4, left hardly a dry eye in the studio—not because of laughter, but because of the contestants who mustered the courage to come out on national television.

The show’s “Bawal Judgmental” segment allows contestants to open up on sensitive topics. Today’s episode featured male contestants who publicly announced that they were gay after guest celebrity player Melanie Marquez was asked, “Sinu-sino sa kanila ang hindi pa officially ‘out’ sa kanilang magulang (Who among them are not yet officially “out” to their parents)?”

Contestant Jimar made many emotional when he came out and opened up about his lack of a relationship with his biological father. Addressing his mom, he said, “Ma, sana matanggap mo ako kasi doon po ako masaya at nagmamahal ako ng kapwa ko (Mom, I hope you accept me because that is where I am happy and I love my fellow gender).”

The show surprised him with the appearance of his father, who embraced Jimar warmly after the confession.

Today’s episode is so heart warming! Coming out on live TV nationwide is just so brave. I salute you guys! #BawalJudgemental #eatbulaga pic.twitter.com/mg3R7ytzyk

A parent, Mommy Lisa, comforted her son and said that what is important is he is kind.

Contestants expressed a mix of relief, happiness and nervousness after stating their sexual orientation on TV.

Jimar said, “Andun pa rin ‘yong kaba pero ngayon maluwag-luwag rin po. Parang nakawala na ako sa kulungan (The nervousness is still there, but now I feel more at ease. It is like I was freed from prison).”

(I am happy now, but of course still feel heavy because it is [coming out] to a child. I do not know when or how my child will accept it. For me, if you are LGBT, do not be ashamed. Uphold that you have done nothing bad.)

(Coming out is not easy, that is why we are proud of your courage to do it here. A tight hug to you all!)

The contestants, as well as the show, received love too on social media. The hashtag #BawalJudgemental is a top trending topic in the Philippines with over 7,500 tweets as of this writing.  /ra

British politician comes out as pansexual