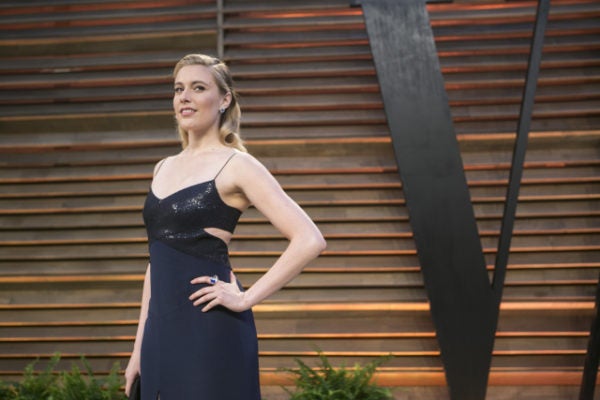 Top Hollywood woman director Greta Gerwig said she was “disappointed” that she had been snubbed by the Golden Globes, with the producer of her hit film “Little Women” blaming the “unconscious bias” of male movie critics.

With the awards from the Hollywood Foreign Press Association about to kick off the Oscar season on Sunday, Gerwig told AFP she had been saddened to have been “bumped out” of the best director race.

However, her adaptation of the much-loved novel by Louisa May Alcott won nods for best actress for its lead Saoirse Ronan and best music for French composer Alexandre Desplat.

“Of course, I’m disappointed. I love the film that we made and of course it’s lovely to be honored,” said Gerwig, one of only five women ever to be nominated for a best director Oscar for her last film, “Lady Bird”.

But the fact “Little Women” was completely ignored by the Screen Actors Guild awards has caused consternation among some in Hollywood.

With the voters who chose the best films of the year overwhelming men, New York Times critic Janet Maslin tweeted her shock at the “active hostility about ‘Little Women’ from men I know, love and respect.”

Producer Amy Pascal echoed her uneasiness in an interview with Vanity Fair. She said women outnumbered men two to one at the screenings laid on for Academy members in the run-up to the Oscar nominations.

“It’s a completely unconscious bias. I don’t think it’s anything like a malicious rejection,” she said.

However, “I don’t think that [men] came to the screenings in droves, let me put it that way,” Pascal added.

Gerwig, 36, said that “there are so many beautiful films made by women this year, and so many worthy films… I want to give them a bunch of statues.”

She said there had been progress for women directors, but “it’s still dreadful”.

“I think in the past couple of years it’s got better. I think people have been more willing to take this risk of taking a chance on different voices, and different authors, writers and directors.”

The fallout from the Harvey Weinstein scandal had been positive, but the system was still skewed in favor of men, she said.

“I think obviously movies are expensive, they take a lot of time, a lot of money, a lot of people saying yes — and most of those people are men,” she told AFP.

But she said there had been progress towards “the kind of world that I think Louisa May Alcott would have wanted, this more egalitarian world.”

“Feminism is not about exclusion, but about lifting everyone and finding a better form of masculinity, as well as more freedom and opportunity for women,” the writer-director added.

This week the Annenberg Inclusion Initiative said 10.6% of the top 100 Hollywood movies of 2019 were directed by women, a 13-year high and more than twice the previous year’s figure.

Gerwig, who first made her name as an actor and screenwriter, is one half of Hollywood’s hottest couple at the moment.

She had a son with her partner, fellow director and major awards season rival Noah Baumbach earlier this year.

The pair, hailed as the “first couple of film” by the Hollywood Reporter, have worked on several movies together, including “Frances Ha”.

Baumbach’s critically-acclaimed “Marriage Story” heads the Golden Globes race with six nominations, including for best film and one for him for best screenplay.

The couple are also writing the script for live-action Barbie film together. It will have Australian Margot Robbie star playing the children’s toy.

Gerwig won the Golden Globe for best comedy in 2018 with “Lady Bird”, set in her California hometown of Sacramento, which also starred Irish actress Ronan.

“Little Women” is even more star-studded, with Meryl Streep, Timothee Chalamet and Laura Dern, who also has a memorable turn as a killer divorce lawyer in Baumbach’s “Marriage Story”. NVG