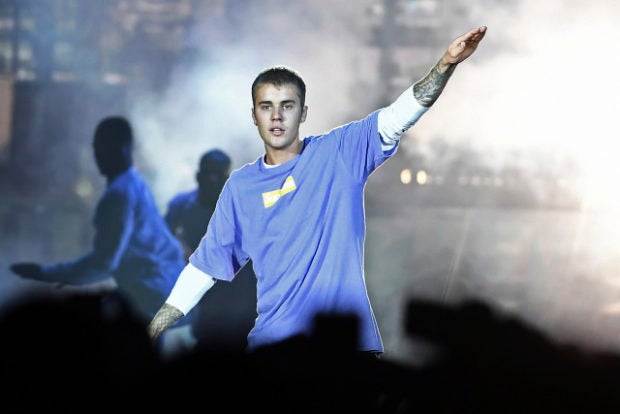 Justin Bieber teased his first new album in five years in a video that he unveiled to his 123 million Instagram followers on Christmas Eve.

The short visual shows the 25-year-old hitmaker wandering through an abandoned gas station in a desert-like landscape, while stating in a voiceover “as humans we are imperfect.”

“My past, my mistakes, all the things that I’ve been through, I believe that I’m right where I’m supposed to be and God has me right where he wants me,” he added.

Bieber also revealed that the as-yet-untitled album will be led by the single “Yummy”, which will drop on Jan. 3.

Details about the inspiration for the song are still scarce, although fans were treated to a snippet of “Yummy” in Bieber’s announcement video. The forthcoming album will mark the award-winning vocalist’s fifth studio effort, following his 2015 “Purpose”.

“I feel like this is different than the previous albums just because of where I’m at in my life,” Bieber said of the project, adding, “we all have different stories, I’m just excited to share mine. It’s the music that I’ve loved the most out of anything I’ve done.”

The award-winning vocalist announced that he will soon hit the road across North America in support of his new album, kicking off his tour on May 14, 2020, at CenturyLink Field in Seattle, Washington.

He also hinted that he will be at the center of an upcoming docu-series, though he gave no further details. Although his new studio opus is still in the works, Bieber has been busy over the past twelve months.

He notably made guest appearances on Ed Sheeran’s “I Don’t Care”, Gucci Mane’s “Love Thru the Computer”, Chris Brown’s “Don’t Check on Me” and “No Brainer” in which he teamed up with DJ Khaled, Chance the Rapper and Quavo.

Earlier this December, he also hosted an online auction with his wife Hailey on the cultural e-commerce platform Paddle8, with all proceeds of the sale going to charities LIFT Los Angeles and Inner-City Arts. RGA