Justin Bieber has a face tattoo—a word that may refer to his wife, Hailey Baldwin. 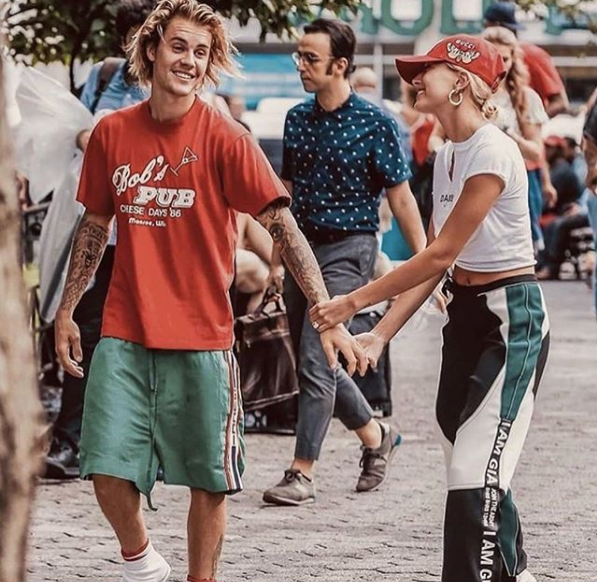 Celebrity tattoo artist Jonathan “JonBoy,” who is frequented by the Biebers, made the reveal yesterday, Jan. 1, on his Instagram.

The tattoo artist shared a picture of Bieber sporting the tattoo, which says “grace” in script, along with a caption reflecting on his own experience of 2018.

“2018 was a lot of work for me. Both in tattooing and inner work I thought I would never have to face. So many times wanting to give up asking God to take me home. But then I’m reminded what my purpose in this world is through people like you who get tattooed by me and share your life of struggles, anxieties, lost love ones, memories and victories through these little tattoos that have some of the biggest meaning behind them. Thank you. Thank you to my clients who have become some of my best friends. I love you all! Gods grace is sufficient in our weakness and it is by Gods love we are here for 2019!” -jonboy

“2018 was a lot of work for me. Both in tattooing and inner work I thought I would never have to face. So many times wanting to give up asking God to take me home,” JonBoy said.

“Thank you to my clients who have become some of my best friends. I love you all! God’s grace is sufficient in our weakness and it is by God’s love we here for 2019.”

JonBoy is known for his minimalist designs and got to know Baldwin through Christian church Hillsong.

A previous face tattoo he did for Bieber is a small cross near his eye in 2016. “It was a representation of his faith in Jesus and his journey with finding purpose in God,” the tattoo artist explained to E! News.

In July 2018, JonBoy posed with the couple in a picture that he labeled “Style and Grace” during the period that the two were newly engaged.

Who is responsible for the tattoo and when it was done are not clear. Another celebrity tattoo artist, Keith McCurdy, aka Bang Bang, told Page Six in November 2018 that the couple got matching tattoos. He said then that Bieber had his on his face next to his eyebrow. Bang Bang is behind several of the singer’s tattoos including those that fill his torso.

If the eyebrow tattoo is one that matches with Baldwin’s, Bieber could have chosen “grace” for his wife.

Baldwin, meanwhile, prefers small, barely-there tattoos by JonBoy. She told The Cut in April 2018 that she had 19, including a heart on her left shoulder and her birth year, 1996, on her right hip bone.  /ra

LOOK: Anne Curtis surprised at tattoo of her face on fan’s forearm