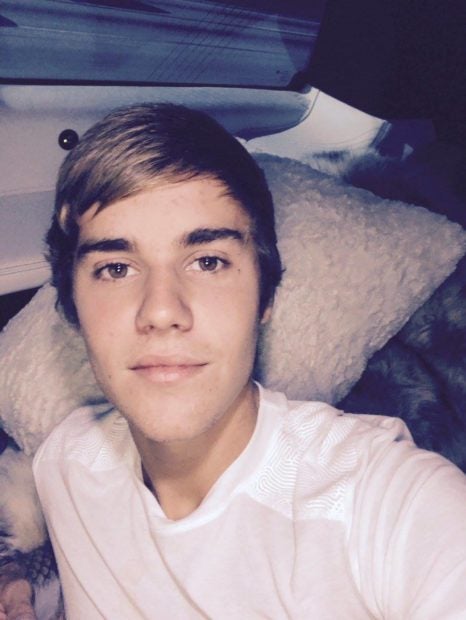 What started with small, relatively hidden tattoos has become a full-blown obsession for Justin Bieber.

Over the years, the “Sorry” singer’s ink has only gotten larger and the symbolisms more religious, including a “Son of God” written across his torso and a large crucifix on his chest.

Early in 2017, spirit animals also made their way on his upper body, including a lion, eagle and bear. 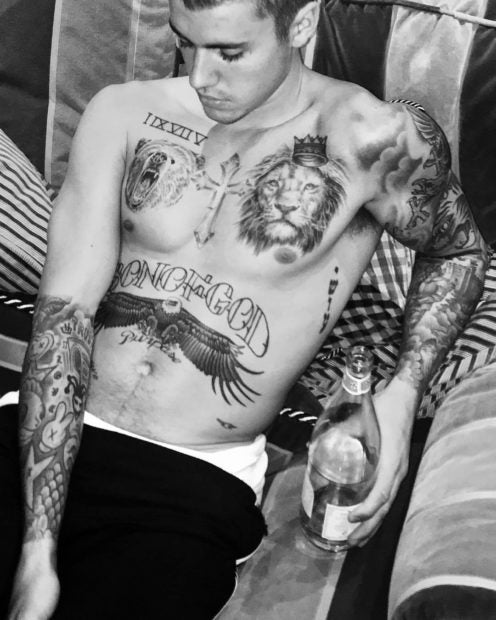 His latest tattoo is a gothic work of art covering his entire torso; the “Son of God” tattoo can barely be read anymore. 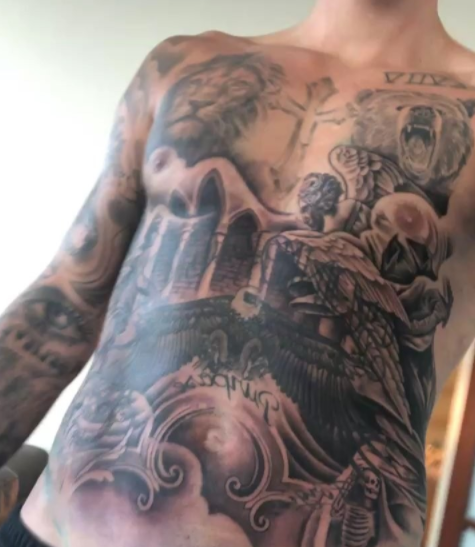 Tattoo artist Bang Bang told E! News that he took three weeks to create the design, which incorporated Bieber’s old tattoos; the singer gave him a free hand on it.

“We added two angels, one on each side… Below each of the angels, there is a demon that needs to be defeated. The skeleton on one side and the serpent on the other.”

He explained, “It’s symbolic of Gothic art and the struggle between the light and dark, the good and the evil, Yin and Yang.”

The artist took three days to complete the inking process, though it isn’t over yet. “I did the bottom half of his front but still need to do the top.”

He said in 2016 to Daily Star, “David has some really cool tattoos. We should definitely go on a tattoo date and get some ink together.” JB

Can You Believe It Took 26 Hours to Finish Justin Bieber’s Torso Tattoo?