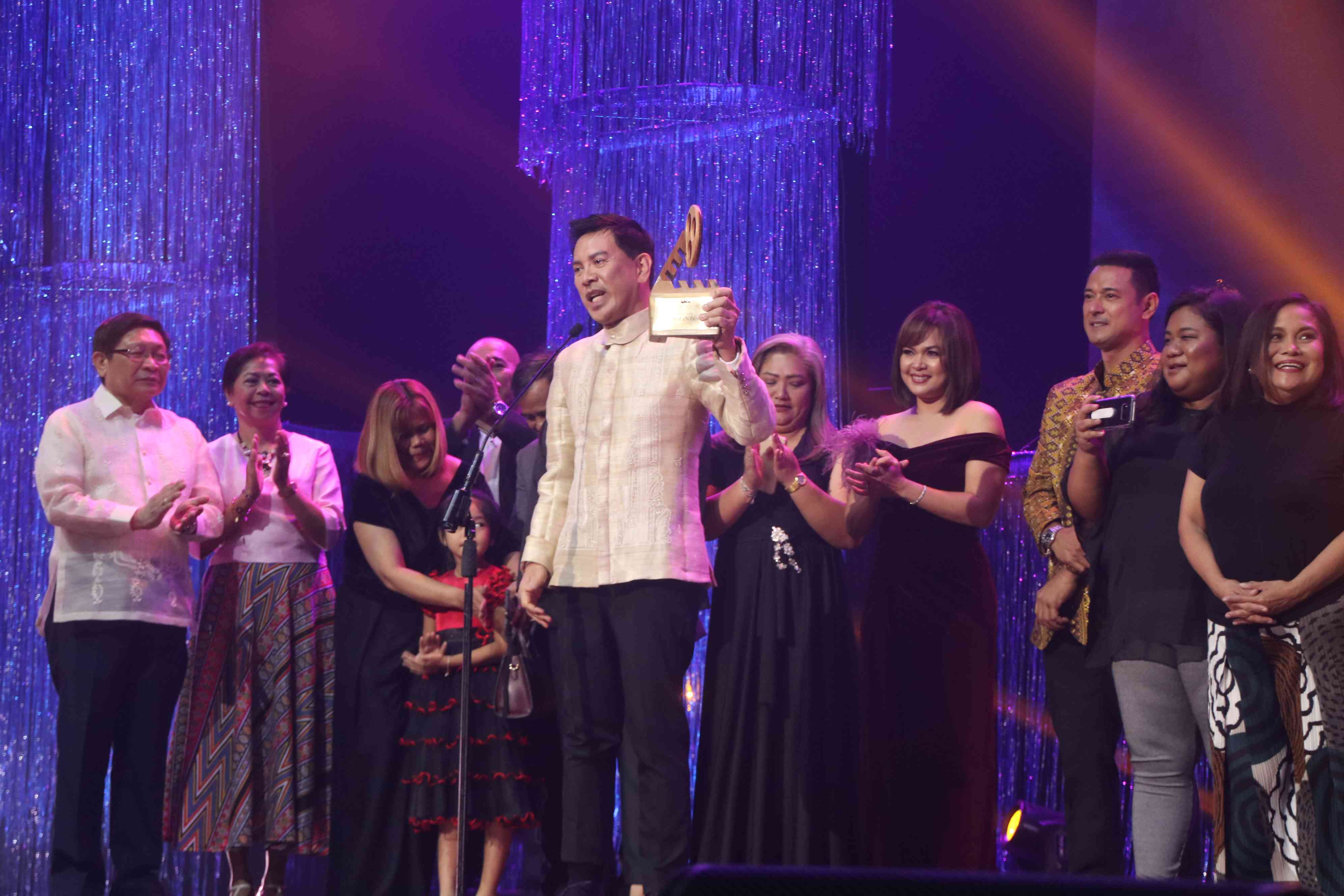 BEST DIRECTOR Brillante Ma Mendoza, director of “Mindanao,” which bagged the biggest number of awards, including best picture and best director, at the 2019 Metro Manila Film Festival, dedicates his trophy to children with cancer and soldiers who sacrificed their lives to protect the nation. —CONTRIBUTED PHOTO

More screenings for “Mindanao.”This was the plea of Brillante Ma Mendoza, director of the social drama that bagged the biggest number of awards, including best picture, at the 2019 Metro Manila Film Festival (MMFF) Gabi ng Parangal on Friday night.

“This is for all the children afflicted with cancer, especially those who have survived it. This is also for our unsung heroes­—our soldiers—who sac­rificed their lives to protect the nation,” Mendoza, who is an Inquirer ambassador, said in a speech when he accepted his best director trophy.

“We just hope that it will be given more screenings in more cinemas all over the country,” he told the Inquirer.

Unofficial reports put “Min­danao” on the sixth slot in terms of box-office returns. The Cannes best director attributes this to the lack of cinemas that feature the movie.

Dizon said he had already expected Santos’ victory after the latter won the same award at the prestigious 2019 Cairo International Film Festival in Egypt, where “Mindanao” was exhibited early this month.

He admitted, however, that he was surprised to win, since Aga Muhlach, lead star of “Miracle in Cell #7,” was the more popular choice to bring home the best actor trophy.

“I guess it all depends on the taste of the jury members. I did the best I could for the film. I’m happy with the outcome. This trophy is a bonus,” said Dizon, who has already bagged several trophies from various international film festivals for his previous works.

“The difference in winning locally is that it makes me feel more pressured because I know that I’m competing with a lot of talented Filipino actors. I’m sharing this trophy with my fellow nominees Aga and Rocco (Nacino of ‘Write About Love‘), as well as the actors who gave their best for their respective festival films,” he said.

As for Santos, she said her MMFF victory was the perfect event to end her 2019. “I’m just so proud of our film. I’m proud to be able to represent the women of Mindanao, as well as the mothers of children suffering from cancer,“ she told the Inquirer shortly after the awards ceremony at New Frontier Theater in Quezon City.

“I’m pleased with the positive reviews we have been getting. I find it brilliant that Direk Dante (Mendoza’s nickname) is reintroducing the story of Rajah Indira Patra and Rajah Sulayman to the present generation,” she added.

This year’s second best picture award was given to Crisanto B. Aquino’s “Write About Love,” while the third best picture honor was awarded to Carlo Ledesma’s “Sunod.”

Other film fest entries that failed to win any award, but are reportedly doing well at the box-office race are Barry Gonzalez’s “The Mall, The Merrier,” which is on the top slot; Rodel Nacianceno’s “3Pol Trobol: Huli Ka Balbon;” and Mike Tuviera’s “Mission Unstapabol: The Don Identity.”

The best student short film award was given to “Pamana ni Lola” by Polytechnic University of the Philippines Sta. Mesa.

An innovation in this year’s Gabi ng Parangal is the recognition of the MMFF Hall of Famers, or those who have won several awards for their works in previous festival entries.