‘The Irishman’ nominated 14 times for the Critics’ Choice Awards 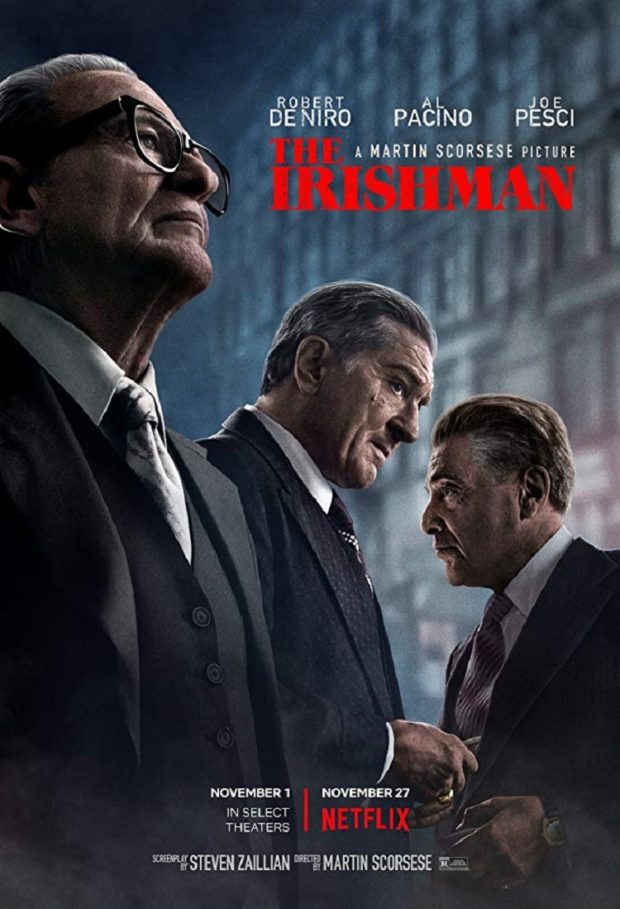 “The Irishman” by Martin Scorsese garnered the most nominations for the Critics’ Choice Awards. Image: Courtesy of Netflix via AFP Relaxnews

The race is on for the Oscars. One day ahead of the nominations for the Golden Globes on Monday, the Broadcast Film Critics Association unveiled theirs on Sunday. Martin Scorsese’s latest film “The Irishman”, which was released on Netflix on Nov. 27, is a clear favorite with 14 nominations.

Will “The Irishman” be the successor to Alfonso Cuarón’s “Roma”, which was the 2018 Critics’ Choice Awards laureate? The three-and-a-half-hour long feature is on the right track, now that it has been nominated 14 times, notably in some of the most prestigious categories: Best Picture, Best Director for Martin Scorsese, Best Actor for Robert De Niro and best Supporting Actor for Al Pacino and Joe Pesci.

“Once Upon a Time in Hollywood” is also in the running with 12 nominations, including one for Best Picture. Both Leonardo DiCaprio and Brad Pitt have been nominated respectively for Best Actor and Best Supporting Actor, while Quentin Tarantino could take home Best Director and/or Best Original Screenplay.

As regards television, the Netflix series “When They See Us” leads the pack followed by “This Is Us” (NBC) and “Schitt’s Creek” (CBC).

The winners will be revealed on Jan. 12 at the annual Critics’ Choice Movie Awards ceremony in Santa Monica, California. IB/RGA

Villar, Pacquiao still the only billionaires in Senate