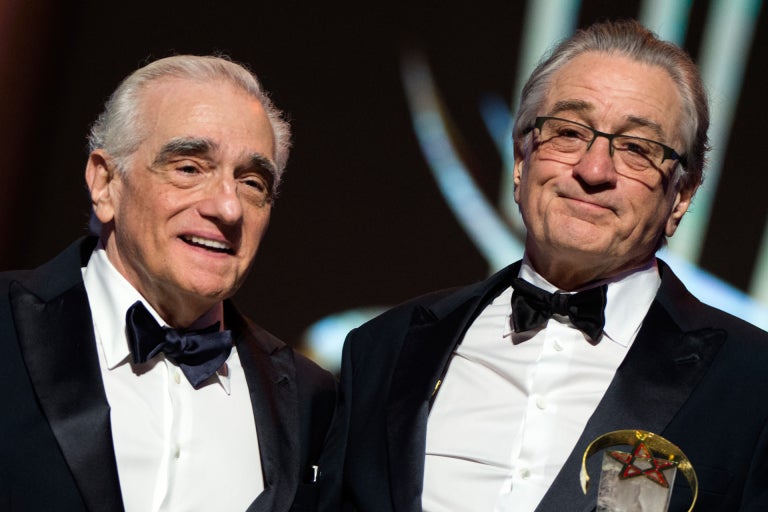 Martin Scorsese’s “The Irishman” will take center stage at the upcoming Rome Film Festival, with key cast members from the Netflix movie expected to attend the screening.

“The Irishman is the most highly anticipated film of the year and boasts an exceptional cast: the decision to present it in Rome is yet another acknowledgement of how the Fest has grown over the years,” artistic director Antonio Monda said.

The film will have its world premiere at the New York Film Festival this month, before landing in Rome on Oct. 21.

The Oscar hopeful, dubbed an “epic saga of organized crime in post-war America,” is expected to play in cinemas for a limited period before being made available to Netflix subscribers.

The film reunites Scorsese, who has been nominated for the best director Oscar eight times, more than any other living director, with his “Gangs of New York” screenwriter Steve Zaillian.

Zaillian adapted it from Charles Brandt’s book “I Heard You Paint Houses”, about the unsolved mystery of union boss Jimmy Hoffa’s disappearance.

Al Pacino stars as Hoffa, alongside Robert De Niro as Frank Sheeran, a World War II veteran, hustler and hitman who worked alongside some of the most notorious figures of the twentieth century.

Variety said costly “de-aging” technology had been used to take years off of De Niro and Pacino. JB