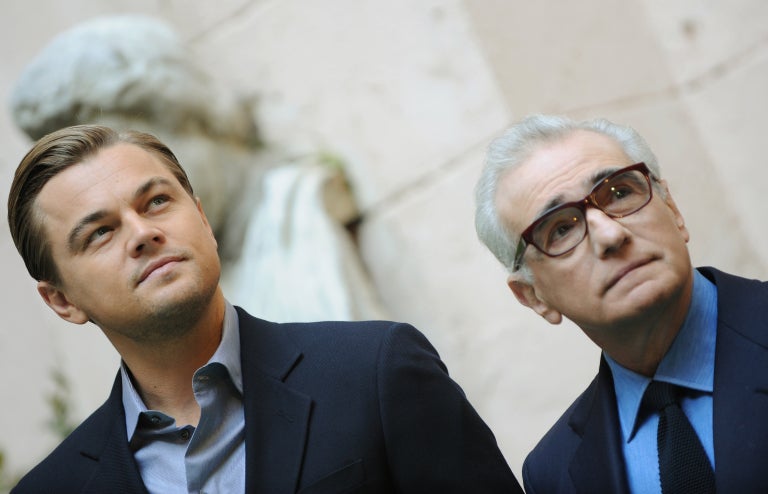 Actor Leonardo DiCaprio (L) and director Martin Scorsese will team up on their fifth movie together, “The Wolf of Wall Street”. Image: AFP/Tiziana Fabi via AFP Relaxnews

Long-time collaborators Leonardo DiCaprio and Martin Scorsese have joined forces once again for a TV adaptation of the book “The Devil in the White City” by Erik Larson.

The pair will executive produce the series, which is being developed on the digital platform Hulu, by Paramount TV, alongside Rick Yorn, Emma Koskoff, Jennifer Davisson and Stacey Sher.

DiCaprio bought the film rights to the book in 2010 and was previously set up with Scorsese to direct, and while details about the TV series remain scarce, including whether or not DiCaprio will take an onscreen role in the series as initially planned in the movie version, the story now seems set to see the light of day, albeit on the small screen.

The plot revolves around the true story of two men, an architect and a serial killer, whose fates were forever linked by The Chicago World’s Fair of 1893.

Each embodies American ingenuity at the dawn of the 20th century, in the form of Daniel H. Burnham, a brilliant and fastidious architect racing to make his mark on the world; and Henry H. Holmes, a handsome and cunning doctor who fashioned his own pharmaceutical “Murder Castle” on fair grounds, a palace built to seduce, torture and mutilate young women. JB

Resistance is key as ‘Handmaid’s Tale’ returns for season 3

Read Next
‘Aquaman 2’ confirmed by Warner Bros
EDITORS' PICK
‘A greener, cleaner tomorrow’: A how-to guide for Filipinos who want to help with today’s energy crisis
DOH: Second person ‘under investigation’ for 2019-nCoV in Tacloban City
Taal Volcano flexes signs of restiveness anew
SM continues to send relief assistance to remote towns in Batangas
China expands lockdowns to 25M people to halt viral outbreak
Get exciting deals and discounts when you download the new McDonald’s App
MOST READ
PH to ‘start process’ of VFA termination — Locsin
172 Chinese tourists arrive in Bohol
Lacson on Duterte’s threat to end VFA over Bato’s canceled visa: Where is the connection?
DOH: Second person ‘under investigation’ for 2019-nCoV in Tacloban City
Don't miss out on the latest news and information.