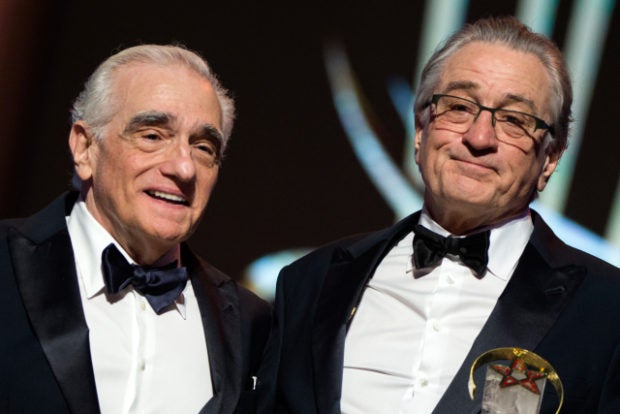 A year after it chose to honor “Green Book” in 2018, the National Board of Review (NBR) has announced that its award for Best Film will go to Martin Scorsese for “The Irishman”.

The prize will set the tone for the next Golden Globes and even more so for the Oscars. Let us not forget that Peter Farrelly’s “Green Book” subsequently won both the Golden Globe and the Oscar for Best Picture in 2019.

“The Irishman”, which was released on Netflix on Nov. 27, features an exceptional cast with Robert De Niro, Al Pacino and Joe Pesci. However, no member of the trio was singled out by the NBR for its 2019 Best Actor Award, which went to Adam Sandler for his role in “Uncut Gems”, a Josh and Benny Safdie film which is also destined for Netflix. De Niro and Pacino will be nonetheless honored with the very first NBR Icon Award, which they will share with their director.

As for the Best Director Award, the much-coveted prize will be given to another major figure from the world of movies. Quentin Tarantino, who became the successor to 2018 laureate Bradley Cooper, with his homage to a golden age of cinema, “Once Upon a Time in Hollywood”. The feature will also allow Brad Pitt, one of its top-billed stars along with Leonardo DiCaprio, to take home the Best Supporting Actor Award.

As for actresses, Renée Zellweger will come out on top with the award for Best Actress for her performance as Judy Garland in the Rupert Goold biopic “Judy”. The American star already won the 2019 Hollywood Actress Award on Nov. 3, so she will most likely be in the running for an Oscar in 2020.

The other NBR awards: