Wanted: More media projects that are ‘made with Singapore’ 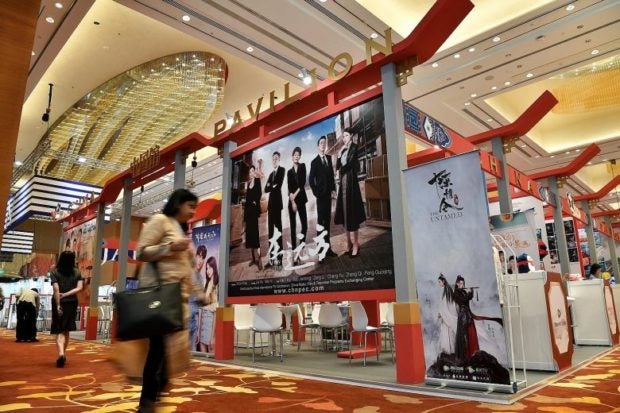 The Asia TV Forum & Market (above) and ScreenSingapore, which run until tomorrow at the Marina Bay Sands Expo and Convention Centre, are part of the Singapore Media Festival. The festival is hosted by the Infocomm Media Development Authority and brings together professionals in the film, television and digital media industries. ST PHOTO: CHONG JUN LIANG

SINGAPORE — A scary creature haunting a faulty underground train system – that is the premise of Singapore’s first monster movie, Circle Line, which is set to be released next year.

As a Singapore film produced with regional partners such as Thailand’s Kantana Post Production and the Malaysian arm of media company mm2 Entertainment, it is what the Infocomm Media Development Authority (IMDA) calls a “made with Singapore” project.

In the hope of boosting more of such collaborative media projects in the future, IMDA has introduced a slew of new initiatives.

Among them, the Government is setting aside $20 million in a call for partners to jointly fund regional media projects.

There are no restrictions on the types of projects, but interested parties must set up in Singapore and have an established track record in media fund management.

This was announced by Minister for Communications and Information S. Iswaran at the Asia TV Forum & Market (ATF) and ScreenSingapore at Marina Bay Sands Expo and Convention Center yesterday.

Calling the programme by IMDA the first of its kind in South-east Asia, Mr Iswaran said: “Singapore aims to do more to involve the private sector as we develop a deeper financing ecosystem to support regional productions and talent.”

He added: “From ‘made by Singapore’ to ‘made with Singapore’, we believe Singapore can serve as a gateway between the world and the region – facilitating exchanges, creating partnerships, and enabling regional talent to fulfil their aspirations.”

Both partnerships will give local small and medium-sized enterprises (SMEs) in the media industry the chance to co-produce content made first for online platforms.

Local media talent and companies will also have a chance to produce content that will be distributed to Southeast Asian and Indian markets through a collaboration between IMDA and streaming company Hooq.

IMDA will launch a second call for proposals for a fund that encourages Singapore media players to collaborate with international partners to develop public service content for digital platforms.

Among them is an animated anthology series, co-produced by Singapore’s Robot Playground Media and Malaysia’s The R&D Studio, consisting of seven short films inspired by the shared heritage on both sides of the Causeway.

The ATF and ScreenSingapore run until tomorrow and are part of the Singapore Media Festival.