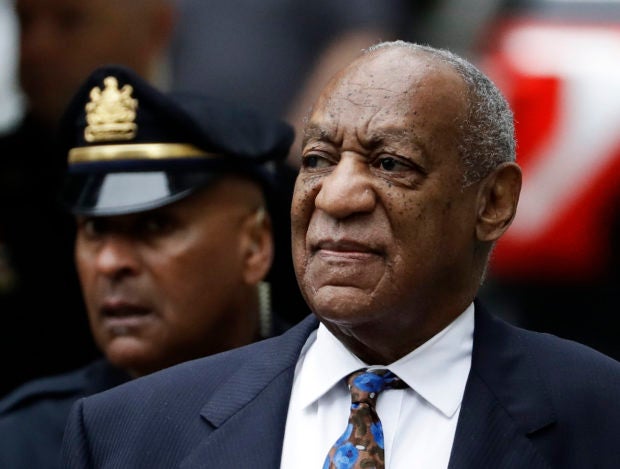 Bill Cosby lost his bid to overturn his sexual assault conviction Tuesday, as an appeals court upheld the verdict in the first celebrity trial of the #MeToo era.

In its ruling, the Superior Court affirmed the right of prosecutors to call other accusers to bolster their case — the same issue fought over in movie mogul Harvey Weinstein’s sexual assault trial, now set for Jan. 6.

“This decision is a reminder that no one is above the law,” Andrea Constand, the victim in Cosby’s case, said in a text message to The Associated Press on Tuesday.

Cosby’s lawyers had complained that the judge had let five women testify at last year’s retrial in suburban Philadelphia, although he had let just one woman testify at the first trial in 2017.

But the Superior Court said their testimony was evidence of Cosby’s “unique sexual assault playbook” and undermined any claim that he “was unaware of or mistaken about victim’s failure to consent.” 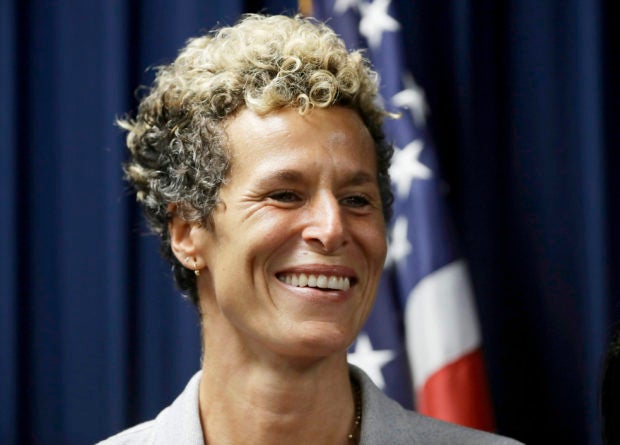 In a Sept. 25, 2018 file photo, accuser Andrea Constand reacts at a news conference after Bill Cosby was sentenced to three-to 10-years for sexual assault, in Norristown, Pa. AP Photo/Matt Slocum

The prosecutor who took the case to trial praised Constand for inspiring other victims to come forward against powerful men. She went to police long before the #MeToo movement saw prominent men in entertainment, business, media and other fields brought down over their treatment of women.

“She came to law enforcement almost 15 years ago seeking justice for what was done to her,” Montgomery County District Attorney Kevin Steele said Tuesday. “The world is forever changed because of Andrea’s bravery.”

Lawyers for Cosby had argued eight issues on appeal. They challenged the judge’s decision to air Cosby’s damaging deposition testimony from a related lawsuit; said he had a binding promise from a former prosecutor that he would never be charged; and said a juror had prejudged Cosby’s guilt.

The appeals court rejected those arguments and also upheld his classification as a sexually violent predator subject to lifetime supervision.

Cosby, 82, can now ask the state Supreme Court to consider his appeal. He recently said he is prepared to serve the full 10-year sentence rather than express remorse to the parole board.

The long-married Cosby, once beloved as “America’s Dad” for his TV role as Dr. Cliff Huxtable on the hugely popular sitcom “The Cosby Show”, has acknowledged having sexual contact with a string of younger women. Many of them went to him for career advice and then took alcohol or pills he offered.

In response to the court ruling, a spokesperson for the actor repeated the attacks that Cosby’s wife and handlers have long made on the judicial system. Cosby has called himself a political prisoner in the mold of Nelson Mandela and Martin Luther King Jr.

“This isn’t about justice,” spokesperson Andrew Wyatt said Tuesday in a statement. “This is a political scheme to destroy America’s Dad.”

Cosby maintains his innocence, he said, and still hopes to prevail at the state Supreme Court.

Cosby has been serving a three- to 10-year sentence at a maximum-security state prison not far from his estate in suburban Philadelphia, where the 2004 encounter, which he says he deemed consensual, took place.

He was arrested a decade later, after a federal judge unsealed portions of the deposition at the request of the AP and new prosecutors reopened the criminal case. In the deposition, Cosby acknowledged getting quaaludes in the 1970s to give to women before sex.

Judge Steven O’Neill’s decision to let the other accusers testify came after more than 60 women accused Cosby of sexual misconduct. Prosecutors asked to call 19 of them. Superior Court Judge John Bender, who wrote the 94-page opinion, focused on the issue when the appeal was argued in August.

“The reality of it is, he gives them drugs and then he sexually assaults them. And in four out of the five, those were in mentor situations,” Bender said, challenging the defense.

Kristen L. Weisenberger, representing Cosby, said one of the women wasn’t even sure she was sexually assaulted. However, the panel concluded Tuesday, that’s how Cosby planned it.

O’Neill had allowed just one other accuser at Cosby’s first trial in 2017, when the jury deadlocked.

The defense has long suggested that many of the accusers were gold-diggers seeking money or fame.

Cosby agreed to pay Constand about $3.4 million to settle the lawsuit she filed after a prosecutor failed to arrest Cosby when she went to police in 2005. His insurance company, following his conviction, settled at least nine other defamation lawsuits filed by accusers for undisclosed sums.

Constand, a former Temple University women’s basketball team manager who now lives in Toronto, thanked Steele for fighting “tirelessly throughout two trials and the appeals process” for her.

A professional basketball player-turned-massage therapist, she is launching a foundation to help other sexual assault victims with their healing. She is also starting to work with law enforcement groups to help them understand the process that victims go through.

Lawyer Gloria Allred, who represented several of the other Cosby accusers who testified, said they helped show “that Mr. Cosby knew when he drugged Andrea Constand that she also had no power to consent.”

The AP does not typically identify sexual assault victims without their permission, which Constand has granted. IB/NVG