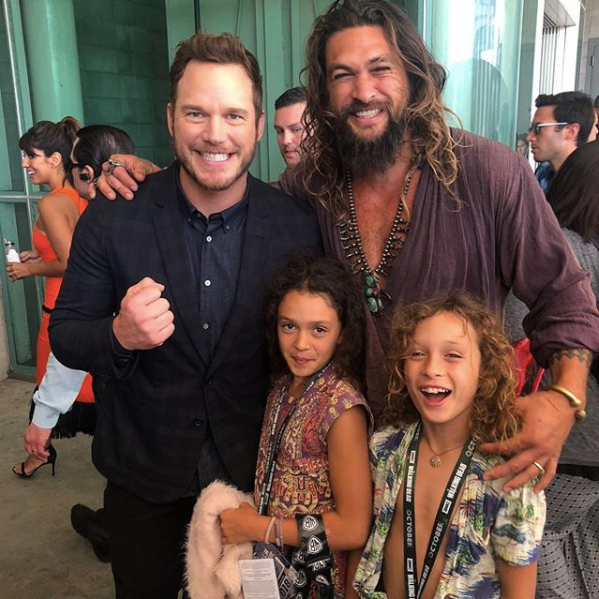 Momoa, popularly known for his titular role in the movie “Aquaman”, called Pratt’s attention for holding a single-use bottle in his ad for the e-commerce company, Amazon. Pratt immediately apologized and said he supported his fellow actor’s environmental advocacy. The two are still on great terms, united towards reducing plastic consumption.

The post in question appears to be a harmless ad Pratt uploaded on Instagram yesterday, Dec. 4. The actor, who played Star-Lord in “Guardians of the Galaxy”, stood on a treadmill in his sportswear, holding a plastic water bottle.

“bro i love u but wtf (what the f*ck) on the water bottle. no single use plastic. come on,” Momoa commented on the post.

It seems that Star-Lord took no offense at his fellow superhero’s reminder, as Pratt agreed with Momoa. He said, “Aquaman! You’re completely right. Dammit.”

He even shared that the has a reusable water jug that he carries around. The actor explained that the bottle’s presence was due to his awkwardness on set.

“If I remember correctly somebody threw that plastic bottle to me in the [photoshoot] ’cause I didn’t know what to do with my hands!”

Pratt expressed that he loved his buddy Momoa, and apologized for his misdeed to the environment. “My bad,” he admitted. “I don’t want your home of Atlantis covered in plastic. Hear that kids? Reduce. Reuse. Recycle.” 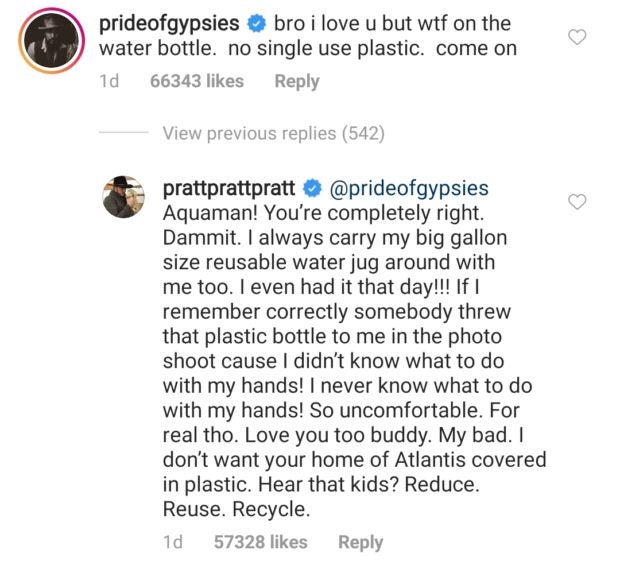 Despite Pratt’s amicable response, Momoa faced some backlash. Some Instagram users argued that Pratt could reuse the water bottle and that Momoa seemed to assume too much from one picture.

Momoa dedicated an Instagram post to Pratt yesterday, sharing a picture of them together with Momoa’s kids.

“BRO you know my children and I are madly in love with you and I love everything you do,” the Hawaii-born actor said.

He then explained that he was very passionate about combatting single-use plastic. “[T]he plastic water bottles have to stop,” the actor stressed. He also suggested that Pratt create reusable water bottles with the company he is endorsing.

Momoa also said he would send Pratt a case of Mananalu, his own brand of canned water. Mananalu is Jason Momoa’s initiative to eliminate single-use plastic drinking bottles by packaging water in aluminum cans — one of the most recyclable materials in the world.

Momoa is also a vocal environmental activist. Last September, he delivered a speech addressing the environmental concerns of Hawaii and other island countries affected by climate change, as per Entertainment Tonight Canada, on Sept. 27.

Momoa said that the experience was a “life-changing moment” on Instagram the same day. Aquaman went to the United Nations headquarters in New York as a representative of the island nations in the summit. NVG

WATCH: Jason Momoa shaves off famous beard to ‘save the planet’

Chris Pratt proud of wife despite botched attempt to cook