WATCH: Jason Momoa shaves off famous beard to ‘save the planet’ 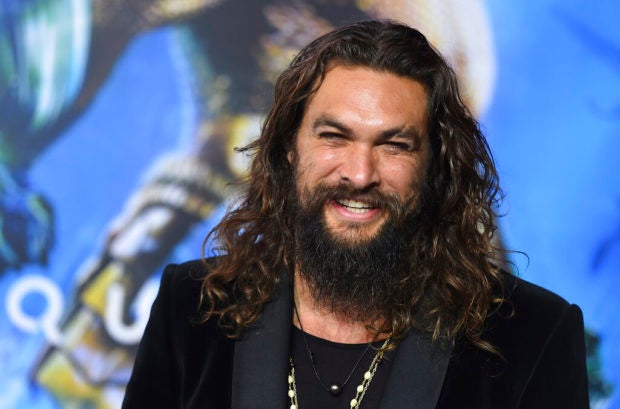 In this Dec. 12, 2018, file photo, Jason Momoa arrives at the premiere of “Aquaman” at TCL Chinese Theatre in Los Angeles.  Image: Jordan Strauss/Invision/AP

Jason Momoa did the unthinkable and shaved off his famous beard—an effort he took to draw attention to save the planet.

The actor, known for roles such as Aquaman and Khal Drogo in “Game of Thrones,” bid goodbye to his beard as seen in his YouTube video uploaded on Wednesday.

Momoa and a companion were seen in a desert filled with plastic trash. Minutes later, he started shaving a piece of his beard, and threw pieces of it away while saying, “Goodbye, Drogo! Bye, Arthur Curry!”

He admitted that he had not shaven since 2012. Later on, he said that he was doing it because “the plastics are killing our planet” and promoted to drink water in aluminum cans as an alternative to plastic bottles.

“I’m shaving this beast off, it’s time to make a change,” he wrote. “A change for the better…for my kids, for your kids, the world. Let’s make a positive change for the health of our planet.”

Some netizens had mixed reactions to Momoa’s new look, such as Cookie (@MissDonnaCooke) on Twitter. “Well done guys, first you destroyed the planet and now you destroy Jason Momoa’s beard,” she expressed. “I don’t know which is worse. Shame on you all. #bringbackthebeard.”

Well done guys, first you destroyed the planet and now you destroy Jason Momoa's beard. I don't know which is worse. Shame on you all. #bringbackthebeard https://t.co/rVKTcurPqz

Meanwhile, Jocelyn (@joceapotamus) joked about having to call 911 because he saw a photo of Momoa beardless.

911: Hello 911, what's your emergency?
Me: *hyperventilating*
911: … you saw the photo of Jason Momoa without a beard didn't you#JasonMomoa pic.twitter.com/oCxWLhiuCI

And Lady Sunshyne of House Targaryen (@Jord_yyn) thinks that Momoa still looks handsome in her eyes with or without a beard, and even attached a humorous GIF image as a way of expression.  /ra

Jason Momoa is FIINNE with or without the beard. Stop playin. pic.twitter.com/89kOaNpcSO

Jason Momoa on doing stunts: ‘I love that kind of stuff’