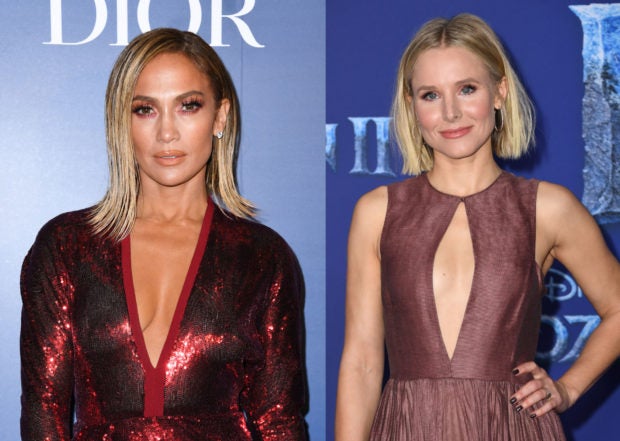 Jennifer Lopez and Kristen Bell are to feature on the Quibi platform, which is set to launch in the United States in the spring of 2020. Image: AFP/Valerie Macon

In its description of “Thanks a Million”, Quibi explains: “In each episode, grateful public figures kickstart a chain of kindness by gifting $100,000 to an unsuspecting individual who has had a positive impact on their life. The recipient must then pay it forward by gifting half of that sum to someone else who has done the same, and the chain continues. Across ten episodes, $1,000,000 will be put in the hands of everyday people.” Each of the episodes will also turn a spotlight on a particular celebrity.

Lopez will also take charge of the production of the series via her company Nuyorican Productions, which is partnering in the project with B-17 Entertainment and Universal Alternative Television Studio. For the moment, a broadcast date has yet to be announced. The future streaming platform Quibi is set to launch in the United States on April 6, 2020.

This latest project adds to host of other original shows in development for the streaming platform including a forthcoming horror series by Steven Spielberg, which viewers will only be able to see if their phones know that it is dark outside. IB/JB

Johnny Galecki returns to CBS after ‘The Big Bang Theory’