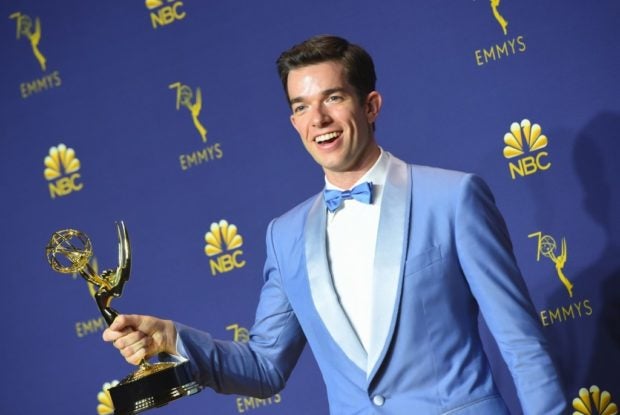 The show will mark a departure from the comedian’s typical offering, with “John Mulaney & The Sack Lunch Bunch” taking the format of a children’s variety show that will include sketches and musical numbers.

“I’m John Mulaney and I am a 37-year-old man. The Sack Lunch Bunch is a group of children ages 8 to 13 who are more talented than me,” Mulaney said of his latest project in a statement.

The musical children’s special aims to “recapture the magic of that bygone television era when children sang songs about their feelings with celebrity guests on funky outdoor sets.”

“The result is a collage of Broadway-caliber showstoppers, comedy sketches for all ages, meditations on the unknown from children and adults, and a papier mache volcano. It’s funny, musical, joyous, anxious and surprisingly profound,” Mulaney teased.

As Vulture pointed out, “John Mulaney & The Sack Lunch Bunch” will also find the comedian reconnecting with some of his former “Documentary Now” collaborators, including director Rhys Thomas and composer Eli Bolin.

In addition to “John Mulaney & The Sack Lunch Bunch”, the Emmy-winning comedian has previously teamed with Netflix for his and Nick Kroll’s “Oh, Hello on Broadway” as well as his “Kid Gorgeous at Radio City”, which was filmed during his 2018 sold-out run at New York’s Radio City Music Hall.

This holiday season, Mulaney is not the only celebrity presenting his own Christmas special.