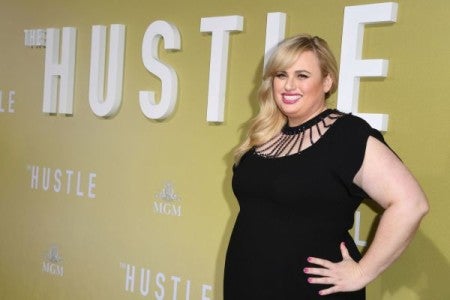 The Australian actress, known for her role in “Pitch Perfect” is preparing her first feature, a comedy titled “Seoul Girls” in which she intends to play one of the characters, reports Deadline.

Rebel Wilson is about to embark on a new musical adventure. Having played in the “Pitch Perfect” trilogy over a pop music score, the Australian actress is taking an interest in the world of K-pop. A project that has struck a chord with American studio Lionsgate, which has acquired the rights.

Christened “Seoul Girls”, the comedy will tell of the adventures of a Korean-American high-school student and her friends in their bid to scale the music industry ladder. With help from a former member of a British pop group and a one-time K-pop trainee, their band, the “Seoul Girls” enters an international competition to become the support act for the world’s biggest K-pop group.

Rebel Wilson is fully invested in the picture for not only has she written the script, she will also be producing via her company Camp Sugar in partnership with Monumental Pictures.

A rising star in the world of comedy, the actress who played the lead in “Isn’t It Romantic” will also feature in one of the main roles of “Seoul Girls”, but it is not yet known which one.

It is not yet known when shooting will begin or when the film will release in theaters.

Having stolen the show in numerous comedy movies like “Bridesmaids” in 2011 or “Bachelorette” in 2012, the Australian actress scored a major success with the musical trilogy “Pitch Perfect”. Since then, Rebel Wilson has become a Hollywood star and is garnering more and more roles: notably the main part in the comedy “Isn’t It Romantic” released by Netflix in February, and in “The Hustle” with Anne Hathaway, which was released in June.

The actress was recently seen in Taika Waititi’s black humor comedy, and will feature in the cinema adaptation of the musical comedy “Cats”, which will be released on Dec. 20. IB/JB

For Rebel Wilson, it was a fight to keep ‘The Hustle’ PG-13

Read Next
No Grammy nomination for BTS upsets fans, Halsey
EDITORS' PICK
Water remains our saving grace right now
The biggest lottery jackpot in the world is $158 million, and even someone from the Philippines could win it
Smart 5G goes live
COVID-19 cases in PH overshoot 122,000 mark
51% of Filipinos think it’s dangerous to publish anything critical about Duterte admin — SWS
PhilHealth mess: Whose heads will roll? Roque says he can’t wait to name names
MOST READ
Captain astonished that his ship delivered Beirut explosive
‘Vexed’: Guanzon raps Topacio over Alzheimer’s remark
Locsin to China: Don’t overinterpret
COVID-19 cases in PH overshoot 122,000 mark
Don't miss out on the latest news and information.