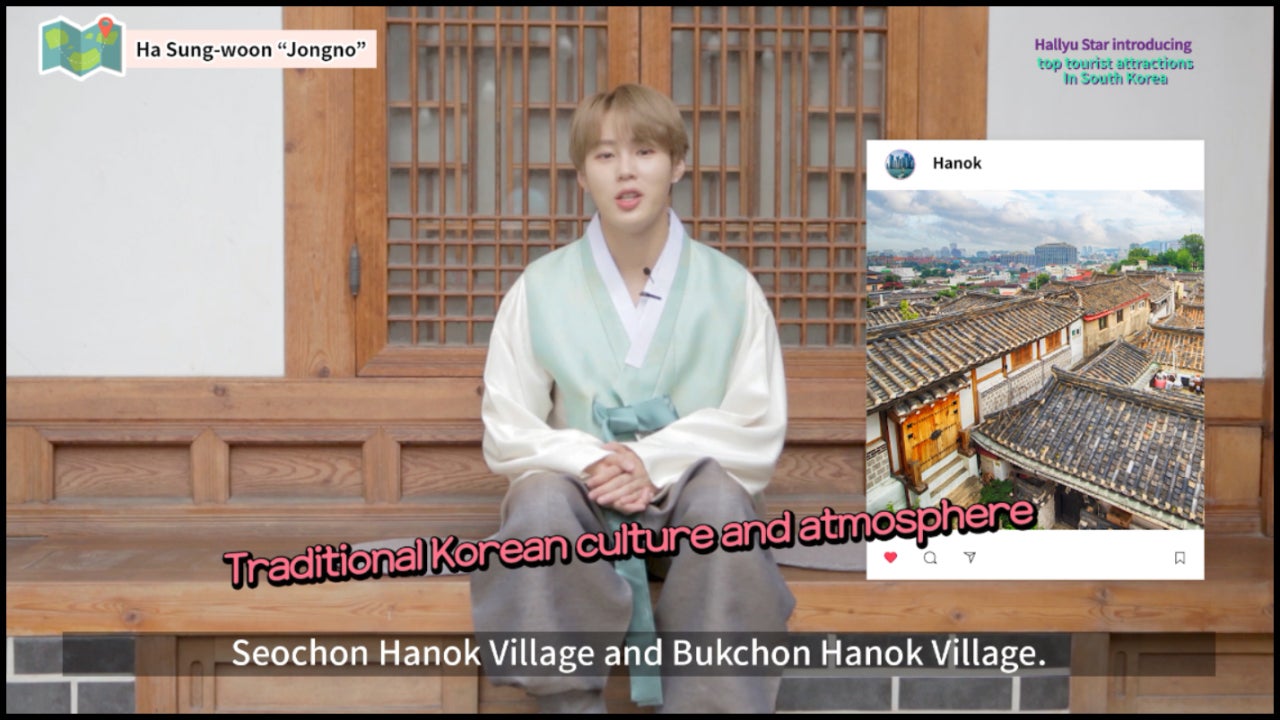 Two NU’EST members, Hwang Min-hyun and Ren, as well as the soloist Ha Sung-woon joined the video campaign operated by Seo Kyung-duk, a professor at Sungshin Women‘s University in Seoul, and sponsored by the state-run Korea Tourism Organization.

The three stars are the first Korean TV entertainers who have joined the promotion campaign, according to the professor.

The program presents the idol stars as YouTube creators who visit tourism spots to log their experiences in videos. Video clips created as such get released globally on YouTube or other SNS accounts of the Korea Tourism Organization, with subtitles in English, Japanese and Chinese.

The first two batches of the promotional videos hit YouTube on Friday, featuring Min-hyun and Ren’s visit to the port city of Busan and Ha‘s trip to a Korean royal palace and downtown Seoul.

“In addition to NU’EST and Ha Sung-woon, many more hallyu (Korean Wave) stars will join the campaign going forward,” an official at the company said. (Yonhap)