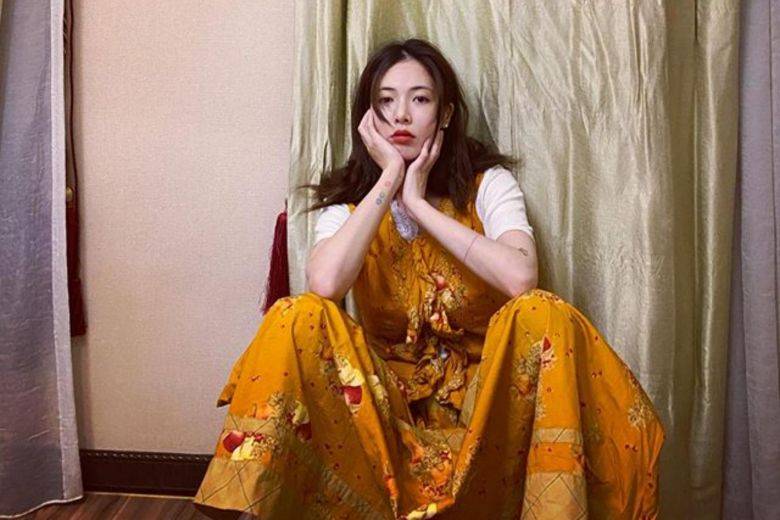 Revealing that she has had fainting episodes, former Wonder Girl HyunA said she no longer wants to hide that fact from product sponsors and event organisers. Photo: Hyuna/Instagram

SINGAPORE — K-pop singer HyunA no longer wants to put on an act and in the wake of the deaths of singers Sulli and Goo Hara, the former Wonder Girl and 4Minute member has posted on social media that she now wants the world to accept her as she truly is.

Revealing that she has had fainting episodes, she said she no longer wants to hide that fact from product sponsors and event organisers.

In her Instagram post last Thursday, HyunA, 27, wrote that she was happy when she managed to enter show business, with Wonder Girls debuting in 2007.

But there was a price to be paid.

“I was under a lot of pressure not to make any mistakes… (but) I wanted to be everyone’s favourite.”

She thought she could cope with the stress since she had support from people around her, and fans.

But, deep inside, she knew that not all was well.

In 2016, she consulted a doctor who told her that she had “depression and anxiety”.

HyunA later went for a more thorough medical examination after a couple of fainting incidents, and was diagnosed with vasovagal syncope.

The doctors said the sufferer is at risk of fainting when his or her body over-reacts to triggers, such as emotional distress

“Initially, I was devastated and did not want to share the news with others,” she wrote, adding that she feared that her career would be over if the truth came out.

But trying to pretend that everything was all right took a toll on her.

She did not feel good when she was picked for jobs, feeling guilty over betraying others’ trust.

Seeing how others in the K-pop industry have succumbed to their inner turmoil, HyunA said she is now coming clean.

“I have worked up courage to finally be open about who I am,” she wrote.

“I think it’s not too late to love and take care of myself. I will always be honest from now on.”

Internet users have applauded her decision to take more control of her life, with some noting that her relationship with rapper Dawn has provided much-needed stability.