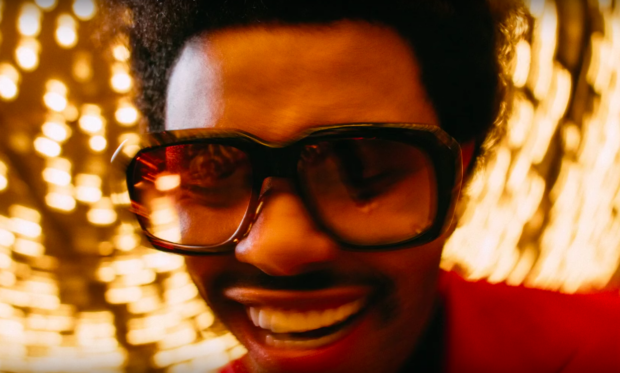 The Canadian musician collaborated with Atlanta producer and DJ Metro Boomin for his comeback single, “Heartless”.

The Weeknd first teased the groovy number with a pair of cryptic messages on his newly-reactivated social media, with one reading “Tonight we start a brain melting psychotic chapter! Let’s go.”

Both posts were accompanied with black-and-white photographs of the vocalist, born Abel Tesfaye, captured in blurry movement.

“Heartless” sees The Weeknd searching to “find the one that can fix” his careless lifestyle marked by meaningless flings and drugs.

“Photoshoots, I’m a star now/I’m talkin’ Time, Rolling Stone, and Bazaar now/Sellin’ dreams to these girls with their guard down/Seven years, I’ve been swimmin’ with the sharks now,” he confesses over an R&B groove.

“Heartless” arrived on the heels of a new Mercedes-Benz advertisement in which The Weeknd makes an appearance.

The short commercial also features a snippet of another new song, “Blinding Light”, which will be unveiled in its entirety alongside a full Mercedes-Benz film with the “Can’t Feel My Face” vocalist on Nov. 29.

“Heartless” and “Blinding Light” will likely appear on The Weeknd’s long-awaited fourth studio album, which would follow his 2016 “Starboy”.

Details about the yet-untitled full-length are still scarce to this date, although the award-winning musician cryptically tweeted last year that “some chapters are smaller than others. not this next one though…”

some chapters are smaller than others. not this next one though…

Since his last studio album, The Weeknd has unveiled the six-song album “My Dear Melancholy”, as well as the singles “Lost in the Fire” and “Power is Power” with Travis Scott and SZA.