Why Anne Curtis wants you to wear a blue shirt today 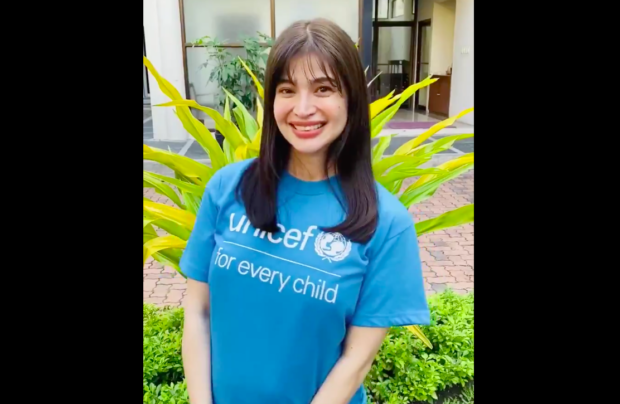 Curtis stated that anyone could easily participate in today’s event by wearing a blue shirt and posting your photos online with the hashtag #GoBluePh. The actress, in partnership with UNICEF Philippines, campaigns for children’s rights.

“We celebrate, educate and unite for children’s rights all across the world,” she said in a video posted on Twitter yesterday, Nov. 19.

Hi everyone! Tomorrow is World Children’s Day!! Join @unicefphils and myself as we unite for children’s rights all over the world. Watch the video and see how you can celebrate with us tomorrow? #GoBluePh pic.twitter.com/Y5XnRdQLTl

According to its website, UNICEF — formerly known as United Nations International Children’s Emergency Fund — is dedicated to helping children defend their rights and reach their full potential from early childhood through adolescence in over 190 countries around the globe.

Curtis has been a major donor to the organization since 2009. She was appointed as one of UNICEF’s goodwill ambassadors in February this year. Her special projects include “Heroes for Children Run” and other fundraising activities through international marathons like the London Marathon. Curtis also launched a children’s book entitled “Anita the Duckling Diva” for the organization.

The goodwill ambassador also campaigned for “Sabayang Patak Kontra Sa Polio” with the help of the Department of Health last October on her Instagram. Curtis gave information about the contagious disease and called for children’s immediate polio vaccination. NVG