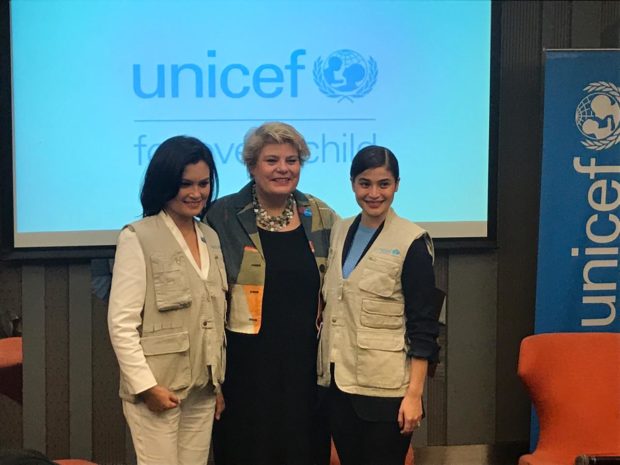 Unicef Philippines Representative Lotta Sylwander said Curtis and Paez have actively worked with the organization since 2009 and 2010, respectively.

“This is my fifth year as Unicef Representative of the Philippines and I have seen the two ladies that we have with us today grow into their role as celebrity ambassadors and have really helped us significantly advance the issues and causes for children in the Philippines,” Sylwander said.

“I’ve been with Unicef for the last nine years, and it’s really amazing how a simple introduction to the team has given me a number of important programs to be involved with and now it sort of encompasses part of my life’s work. It gives meaning to my life,” Paez said in her speech.

She highlighted her flagship project for Unicef, which is “Auction for Action,” an art auction that brings together top Filipino artists in design, furniture, art and jewelry for a good cause.

“In 2011, we came up with this wild idea of having an online Unicef auction that had never been done before,” she said.

“In seven days, we raised over a million. That went on for about three years and after that, after the fourth ‘Auction for Action,’ we were able to raise in two hours 8.8 million,” she added.

Meanwhile, Curtis’ special projects with Unicef include the “Heroes for Children” runs, fundraising through international marathons and a children’s book.

“Anne has dramatically helped us in bringing a 70-year-old organization to a new and younger audience who now have the genuine desire to use their voices and help our children,” Sylwander said of Curtis.

The 33-year-old actress vowed to learn more and use what she knows to influence her followers to help children.

“With this appointment, I will continue to learn and to properly educate myself so that I can use my voice and my platform, together with my Unicef family, to give a brighter future to the Filipino children,” Curtis said. /ee 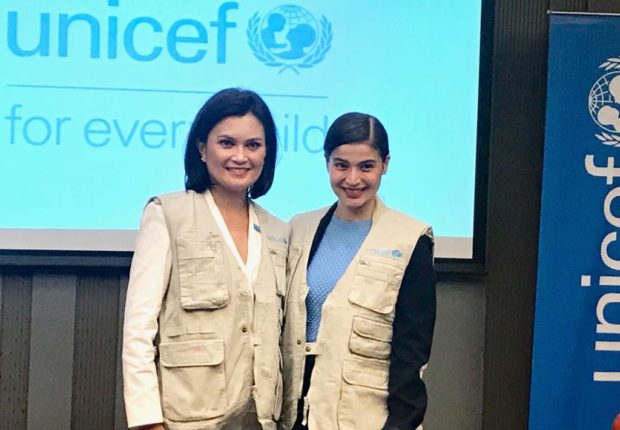 Actress-host Anne Curtis and TV host and producer Daphne Paez have worked with Unicef since 2009 and 2010, respectively. PHOTO by Noy Morcoso/INQUIRER.net