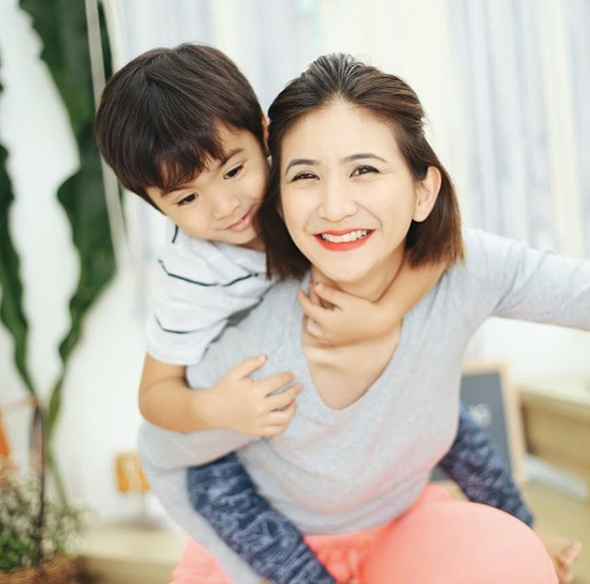 While Rica Peralejo, who recently announced her pregnancy, faithfully anticipates the birth of her baby, she remembers how her journey has been rough and even affected her firstborn Phillip at some point in the past.

Peralejo said that because of her previous miscarriages, she asked herself if God was telling her that she can only have one child.

“I am more than blessed to have Philip, and never lacking anything in having Jesus in my heart,” she said.

However, the actress noticed that the situation not only affected her and husband Joseph Bonifacio, but their very young son as well.

“I think he felt this more and more as he saw friends, who were siblings, as those who always went out and went home together,” she explained. “I then thought that the baby really isn’t only for me and husband only, but even for Philip.”

Because of this, Peralejo realized it was selfish of her to give up on the dream of having another child “that will bless not only us, but also this little man in our lives, and possibly even the world!”

Finally, on Christmas Eve, they presented him with three gifts — two from her and her husband, and one from God. That gift from God turned out to be the sibling that the kid has longed for, signified by a box that contained ultrasound photos of the baby.

“God heard my prayer for a baby sibling,” her son later told her.

“And it blesses me to hear that this baby is not only bringing us happiness and fulfillment for our own desires but a deeper faith in the Lord,” Peralejo added. “What else could I give and pray for my own child that would have an everlasting mark in his heart, right?”

Peralejo suffered two miscarriages in 2016 and 2017. She announced she was pregnant with her second child via her YouTube vlog in January. JB