BLACKPINK to appear on ‘The Late Show with Stephen Colbert’ 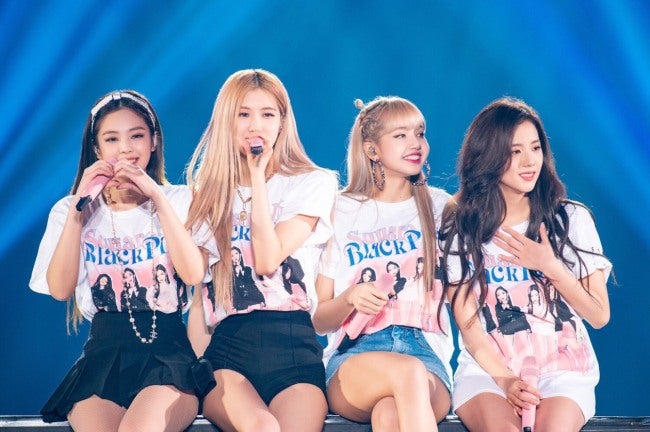 SEOUL — K-pop girl band BLACKPINK will take the stage on a late-night talk show hosted by US comedian Stephen Colbert next week, the US broadcaster CBS has said.

CBS said Wednesday that the four-piece group is scheduled to perform at the Ed Sullivan Theater in New York and chat with Colbert on Monday.

Celebrities who have made appearances on “The Late Show with Stephen Colbert” include former US Secretary of State Hillary Clinton, singer Lady Gaga, actor Ryan Reynolds, singer Justin Timberlake and actor Jack Black.

BLACKPINK’s appearance will mark the first meeting between the comedian and South Korean artists, its agency YG Entertainment said.

The group will also make an appearance on US broadcaster ABC’s “Good Morning America” on Tuesday before debuting on “Strahan and Sara,” an ABC program, on Feb. 15.

YG Entertainment has teamed up with Interscope Record, which is affiliated with US record label Universal Music Group, in a bid to help the K-pop quartet’s foray into the US market.

The group has been invited to perform at the Coachella Valley Music and Arts Festival, an annual music festival in the United States, on April 12 and 19.

The group, which is now on its first world tour of North America, Europe and Australia, will meet its fans in Singapore on Feb. 15, in Kuala Lumpur on Feb. 23. and in Taipei on March 3. Yonhap