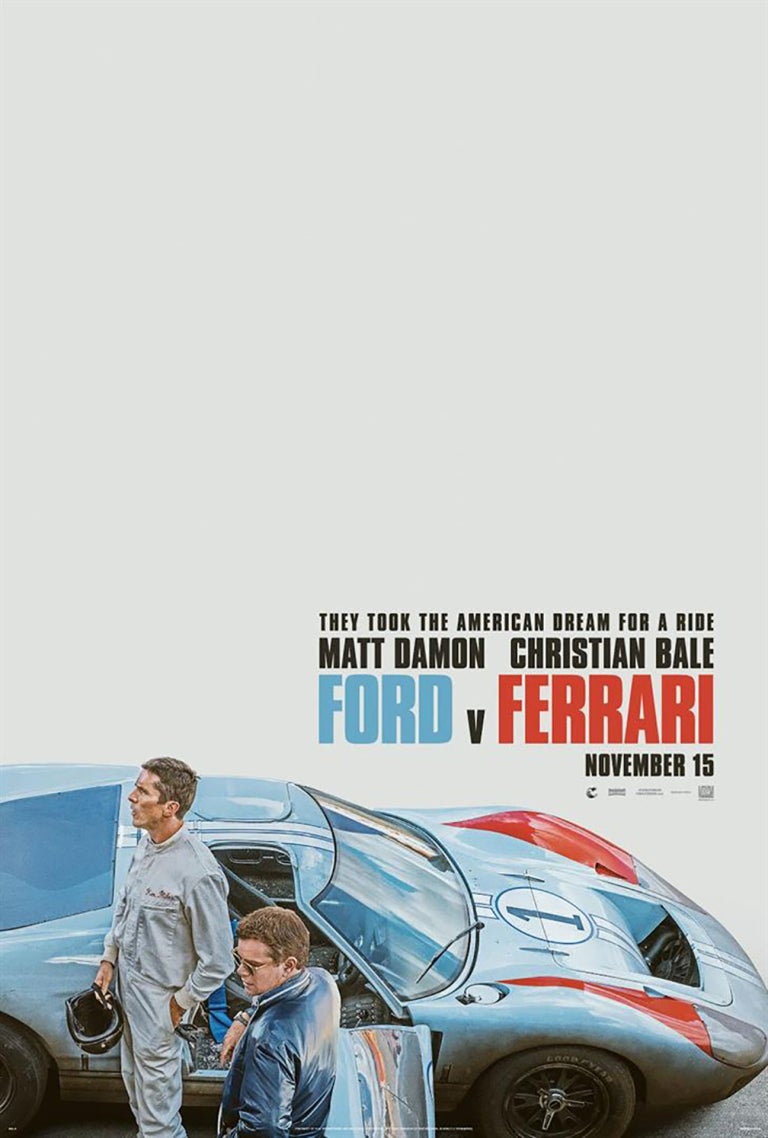 The release of James Mangold’s “Ford v Ferrari” and “Charlie’s Angels” by Elizabeth Banks has overturned last week’s top three, which was dominated by “Terminator: Dark Fate”. Newly out in theaters, the two films have respectively taken first and second place in the world rankings while Joaquin Phoenix stays on with his terror-inspiring “Joker”, reports ComScore.

The duo of Matt Damon and Christian Bale has cast a spell over moviegoers. Released on Nov. 15 in the United States, “Ford v Ferrari” directed by James Mangold has taken the lead in the world box office rankings on its first weekend in theaters, with more than $52 million in sales by Sunday, Nov. 17. It is a success that was largely due to the North American market, which accounted for more than $30 million.

Kristen Stewart, Naomi Scott and Ella Balinska have come in second with their new mission. The latest “Charlie’s Angels,” directed by Elizabeth Banks, garnered close to $28 million. The reboot also made a strong start on the international market, where it accumulated $20 million in sales.

Already third in the world rankings over the last two weeks, Joaquin Phoenix remains in the top three with Todd Philips’ “Joker”. With an additional $18.6 million harvested over the weekend, the award-winning psychological thriller, which has passed the milestone of one billion dollars in sales, has now accumulated $1.016 billion.

On a more somber note, “Terminator: Dark Fate” has slid down the rankings from first to sixth place. Since its release, the latest installment from the legendary franchise with Linda Hamilton and Arnold Schwarzenegger has accumulated more than $233 million in ticket sales worldwide.

Here is the world box-office top 10: