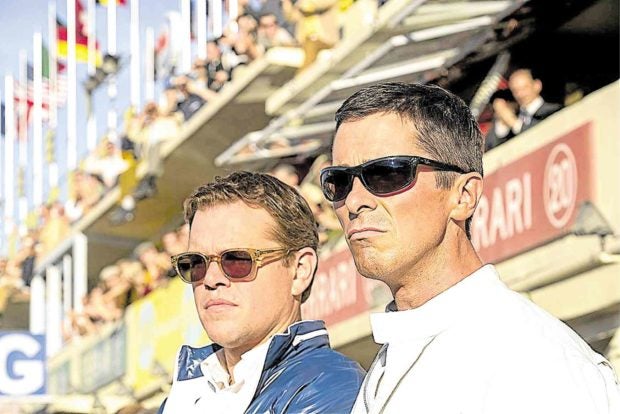 With the release of James Mangold’s “Ford v Ferrari,” Matt Damon and Christian Bale have just jumped on the bandwagon that should take them all the way to the 92nd edition of the Academy Awards on Feb. 10, 2020.

Joaquin Phoenix’s vanishing act in Todd Phillips’ “Joker” may be hard to beat, but previous Oscar winners Matt and Christian’s complementary turns are nonetheless career-boosting accomplishments that could derail Joaquin’s best shot at an Oscar statuette. (He’s been nominated thrice but never won.)

Matt and Christian’s performances provide enough proof that they have not lost their thespic mojo since the heyday of “The Talented Mr. Ripley,” “Behind the Candelabra” and “Good Will Hunting” (for the former), and “The Fighter,” “Vice” and “The Machinist” (for the latter).

But make no mistake: The far-from-predictable “Ford v Ferrari” isn’t just for thrill-seeking speed junkies who want a jolt of adrenaline from a “Karate Kid”-channeling, David vs Goliath story—which frames this true-to-life tale.

It’s as much about the professional partnership as it is about the empowering friendship forged between trailblazing automotive designer Carroll Shelby (Matt) and gifted race-car driver Ken Miles (Christian) as they hurdle differences and pesky corporate interference (personified by Josh Lucas, who limns his bad-boy turn to annoying perfection) at the Ford Motor Company in the ‘60s.

The film approaches its thematic concerns with disarming sensitivity, catchy verve and persistence and eschews a paint-by-numbers exposition for something more thought-provoking and relatable.

At the heart of “Ford v Ferrari’s” edge-of-your-seat chases and races are insights into humanity and the inspiring, disappointing and exhilarating connections we make with the people we interact with on a daily basis.

Matt and Christian are exceptional actors with different skill sets and Mangold proficiently makes these strengths work for the film as their characters watch their daunting task unfurl into terrifying complexity.

It’s a clever balancing act that utilizes the earnestness of its dramatic moments as a rich resource for its time-honed but inherently talented actors to emotionally draw from.

Top picks at Cinema One fest

The lineup of entries in the 15th edition of the Cinema One Originals festival is, for the most part, a satisfying pastiche of themes, talents and tones.

Over the weekend, we patiently sat through a two-day movie marathon that was rewarded by a string of finely tuned portrayals and skillfully realized ideas that bravely resisted the comforting but limiting lure of formulaic filmmaking.

We immediately got worried about how the rest of our moviegoing weekend would turn out after watching the first film: Kevin Dayrit’s “O” is weighed down by the self-indulgent performances of actresses we couldn’t make heads or tails out of.

In cases like this, “kwela” isn’t always cool. Worse, they fail to come across as anything more than irksome pawns in a more comprehensible story.

Thankfully, the rest of the entries in the festival’s full-length category are better-realized and more coherent.

For viewers who don’t have enough time to patronize all of Cinema One’s entries, the titles they should make a beeline for are JE Tiglao’s thematically tantalizing “Metamorphosis,” Victor Villanueva’s lingeringly ruminative “Lucid,” Giancarlo Abrahan’s disarming “Sila-Sila” and Eve Baswell’s disturbing “Tia Madre.”

“Metamorphosis” is a luscious meditation on identity, sexuality and LGBTQ issues that is anchored on the spot-on performances of a talented ensemble, including Gold Aceron, Iana Bernandez, Ricky Davao, Yayo Aguila, Bodjie Pascua and Ivan Padilla. 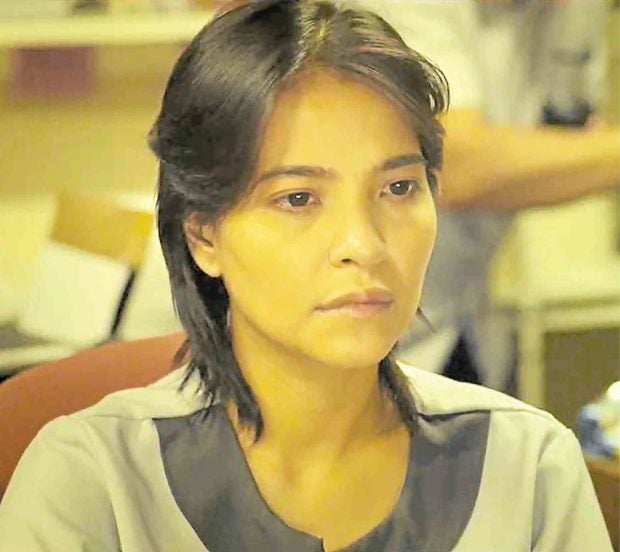 With more spark than fizzle, “Lucid’s” intriguing existentialist musing derives much of its gravitas from the deep well of insights and lived-in emotions of its lead actress, the sublime Alessandra de Rossi, with some help from coactor Bob Jbeili.

The quirky actors (Gio Gahol, Topper Fabregas, Phi Palmos and Dwein Baltazar) of “Sila-Sila’s” snicker-generating, gay-themed romance know enough about comedic timing to sell some of its weaker sequences. For a refreshing change, it plays out its gender-bending romance as part of a world that doesn’t merely cater to the needs and aspirations of straight people. 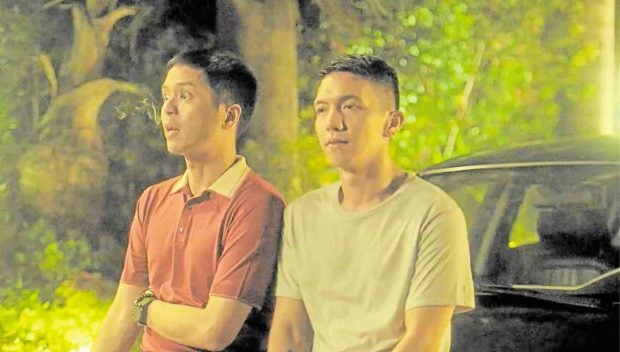 It’s easy to let “Tia Madre’s” incoherent bits slide when you have the terrific Cherie Gil and the gifted Jana Agoncillo to keep its grim dourness at bay.

We were also fascinated by Denise O’Hara’s offbeat storytelling impulses as she worked her way out of the complexities of millennial romance in “Tayo Muna Habang Hindi Pa Tayo.”

Dustin Celestino and Dustin Uy’s “Utopia” appears too circuitous at times, but at least it explores its issues compellingly—from how the story enthusiastically progresses, to the way its idiosyncratic actors portrays their loopy characters with tongues firmly in cheek.

“Yours Truly, Shirley,” starring Regine Velasquez as a lonely widow, plays it for laughs as it mulls on the timelessness of true love, grief and reincarnation.