Kristen Stewart on becoming a fun ‘Angel,’ and growing up into a confident woman, actress | Inquirer Entertainment
Close
menu
search

Kristen Stewart on becoming a fun ‘Angel,’ and growing up into a confident woman, actress 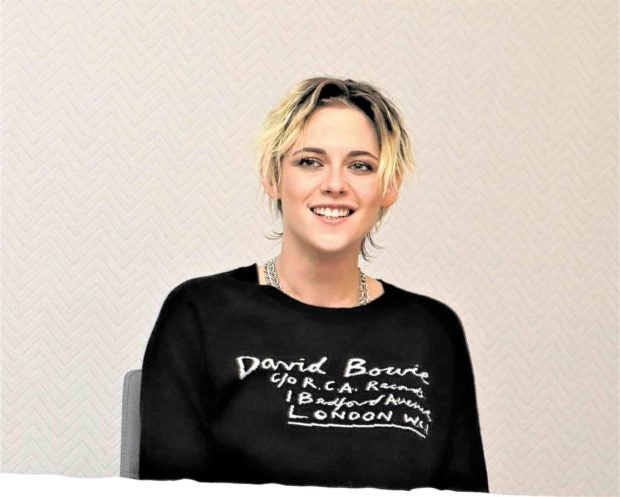 LOS ANGELES—Surprise, surprise—“Charlie’s Angels” is a totally fun continuation of the movie series, and is perhaps even the liveliest, most enjoyable installment.

Big credit goes to director Elizabeth Banks, who also stars as Bosley, for injecting fresh life and humor into the saga of the three private investigators. And for assembling a new generation of Angels who have chemistry, appeal and bring energy to what could have been a moribund, dated franchise.

So, let’s hear it for Kristen Stewart (Sabina Wilson), Ella Balinska (Jane Kano) and Naomi Scott (Elena Houghlin) who are the diverse, perfect Angels of the 21st century.

They are the grittier, but no less winning, versions of the earlier Angels—Jaclyn Smith (who makes a cameo in the new film), Kate Jackson, Farrah Fawcett, Cheryl Ladd, Shelley Hack and Tanya Roberts in the original TV series, and Cameron Diaz, Drew Barrymore and Lucy Liu in the 2000 film.

Kristen leads this pack of female detectives who brings energy and female empowerment to the third installment, which updates the Townsend Agency into an international firm with smart, sharp Angels and multiple Bosleys around the world.

From the opening scene, Kristen, in a mode that we’ve never seen her before—playful, flirty, naughty, funny—immediately got us hooked into her Sabina and into the movie, as well.

“The biggest thing is not overthinking things,” Kristen said about playing it light and humorous for the first time.

She gave a big thumbs up to her director and costar, Elizabeth, whom she calls by her nickname, Liz.

“On a more serious movie, my job is to overthink everything and to really fall into moments. And Liz’s timing is impeccable.

“If there is a funny scene in a movie that’s not a broad comedy per se, I will definitely make it not funny (laughs).

“She (Liz) is a very good director. I would occasionally ask her to give me line readings. So, without Liz, I would be less funny in the movie.”

And guess what, this refreshing Kristen in “Charlie’s Angels” dances with Ella to Donna Summer’s disco hit, “Bad Girls.” 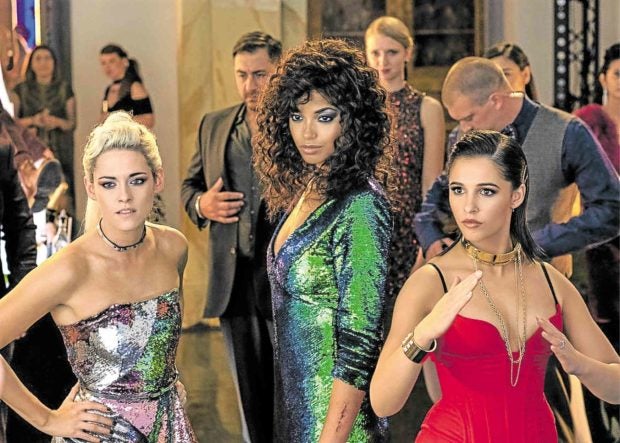 “I’ve grown to really love dancing,” she said with a smile. “That’s something that you are allowed to love as you get older.

“We choreographed a huge fight scene that everyone was in, and it was a huge thing.

“All of a sudden, they cut our budget and our [filming] days and we weren’t allowed to do it. We had to rethink our whole story. Liz went home and was freaking out. She had to come to terms with the fact that she had to kill a darling and think of a new baby. And her new baby was, ‘You guys are going to do a choreographed dance scene.’

“I was like, ‘What?’ And we had to learn the dance in one day. A choreographer came, and while we were shooting, in-between sets, at lunch and before and after work, Ella and I were in this dance studio trying to learn this thing. At first, I was like, are you kidding me? It’s hard and impossible, we don’t have time and it’s going to look stupid and embarrassing. And it ended up being the most fun I had on the movie.”

The confident Kristen Stewart up on the screen is also reflected in the woman we’ve seen transform from a painfully shy teen into an articulate interviewee in recent years. And her transformation is also embodied in the edgy fashion style she exhibited in this recent interview in New York—David Bowie top, tartan pants and boots.

“Just time, literally from just getting old,” she replied when asked about her transformation.

Bashful in our earlier interviews, she used to avoid eye contact, with her eyes often downcast. “When I was 17, 16 maybe, or younger at 15, doing my first interviews, I was speaking like a 15-year-old. I didn’t quite know myself, as well. I had less experience.”

Kristen also explained that we often talked to her about serious movies; hence, her mood was also serious.

“I’m so versatile,” Kristen joked with a laugh. “So it totally depends on the movie. And also, again, just from getting older, I have more to draw from, I can speak better, I just know more words, I have an easier time telling you how I feel.”

In her other film late this year, Kristen is compelling in the title role of “Seberg,” Benedict Andrews’ drama based on true events in the life of French New Wave cinema icon and “Breathless” star, Jean Seberg.

In the late ’60s, the American actress was targeted and harassed by the FBI because of her support for the civil rights movement and romantic involvement with activist Hakim Jamal (Anthony Mackie).

Asked which of the two films she shot first, she replied: “I did ‘Seberg’ before ‘Charlie’s Angels.’ There was a lot of different preparations that went into both projects. With ‘Charlie’s,’ it was about feeling physically indestructible, because I knew it was going to be a long shoot and we did it in Berlin, so it was very cold. It was about building a team which actually ended up happening very naturally.” 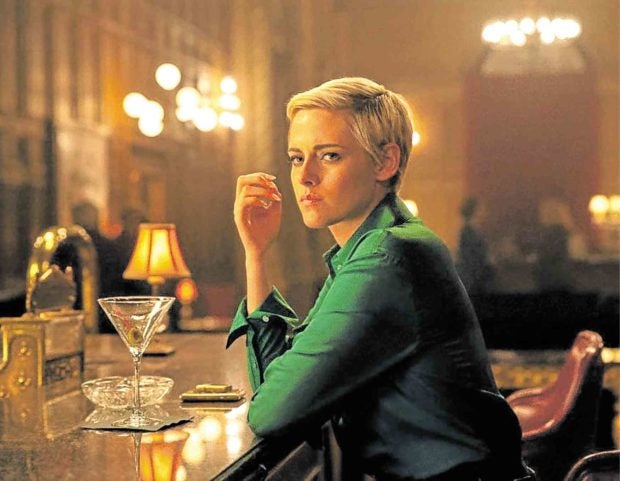 Kristen Stewart in the title role in “Seberg” —AMAZON STUDIOS

“I had never approached a movie like this before. I had never been given the opportunity to just goof off with good intentions for four months.

“It was an enlightened experience. There was an ease to it that is so necessary to see current times represented by young women.”

“Seberg” was an entirely different experience because of the film’s subject matter, according to Kristen. “With ‘Seberg,’ I felt an immense pressure to encapsulate a life, while also telling a very specific story about just a few occurrences in what is a much more complex and layered story.

“Jean Seberg’s story and a biopic would have been much more expansive. Her life had many phases. I wanted to be able to represent her and all of those phases in some way, over a three-year period.

“I really wanted to showcase her infectious, catlike unpredictability. Before I made ‘Seberg,’ I had only seen ‘Breathless.’ I haven’t watched her other works, but even just from that movie, I was so taken with her spontaneity, because during that time, actresses were much more prepared performers.

“She struck me immediately as somebody who was a deeply curious, questioning and searching person. Somebody who allowed herself to be seen and really wanted to bare her soul in this way that I could relate to as an actor, somebody who is delicate, a little bit vulnerable and not a concise, predetermined performer.

“I was so shocked to know that we in general didn’t know why we lost her so early. She was painted as this eccentric woman who moved out of the States because she had become very ingrained in the French cinema culture and just felt better on the outskirts. She had a career that dipped in and out of commercial success.

“Then, she became a wacky sort of depressed alcoholic who killed herself, and that’s not what happened.

“Like the fact that her story was so submerged for so long and so successfully. It makes sense because the [US] government is a powerful thing and … successful with not providing the public with that knowledge. And so, I felt huge pressure to validate her and show people who she was and why all of this gnarly stuff happened.

“It was like a six-week shoot. So I really worked on my voice and entering a room with a different energy. She had a lightness that my tonal quality is different. She was clear, direct. She never stopped midway through a sentence.

“Because she was so victimized. She wasn’t allowed to be herself anymore.”