In the land down under 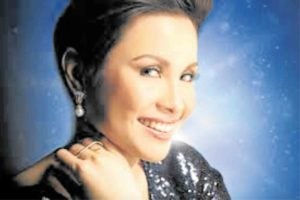 SYDNEY—G’day! It’s a beautiful morning here in Sydney, with the sun shining on this gorgeous spring day.

The temperature is moderate, but it will be climbing higher as the day progresses, which is exactly what we’ve expected. The suitcases are filled with warm-weather clothing, with a jacket here and there for the air-conditioned indoors.

We’ve also hired three backup vocalists to join us: Mat Verevis, Sophie Carter and Rebecca Selley. (Side note: both Mat and Rebecca have appeared as contestants in the Australian version of “The Voice,” and all three are musical theater veterans. They’ll be singing in Sydney and Melbourne, too.)

For this tour, we’re unveiling some new arrangements, which show off the gifts of quite a few stellar Pinoy arrangers, including Gerard (who’s also conducting the whole tour), Ria Villena-Osorio, Marvin Querido, Derrick Atangan, JD Villanueva, JC Magsalin and Saunder Choi, as well as those of my New York musical director, Larry Yurman.

The program is a comprehensive mix of musical theater, film music and pop tunes, all of which are fun to sing.

Gerard, his wife DJ and I left Manila on Nov. 6, only a few days after our fourth season of “The Voice Kids” ended and we arrived on the 7th giving us a couple of full rest days before our first show at 2 p.m. on Saturday, the 9th.

The time off was beyond helpful; because the 9th would be a two-show day, we wanted to gather as much energy as we could. I reckon we did, as I felt vocally strong for both performances.

The ebb and flow of the program doesn’t have me singing at the top end of my range for consecutive songs, but rather allowing some material to serve as breaks in between the more difficult stuff. I’m thankful that it’s programmed that way.

We’ve been told that the Sydney Opera House performances tomorrow and Saturday are all sold-out (a few standing-room tickets have just been released), so the crowds should be great. We’re looking forward to performing for you! Our next stop after Sydney is Melbourne, with concerts at the Palais on Nov. 20 and 21. 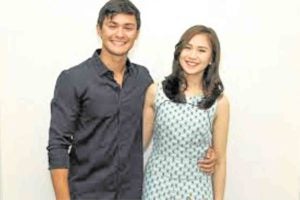 The news is out: To Sarah Geronimo and Matteo Guidicelli, congratulations on your recent engagement! We pray for God’s blessings to pour upon you both as you prepare for a lifetime of loving one another.