Lawsuits by Michael Jackson accusers likely to be restored 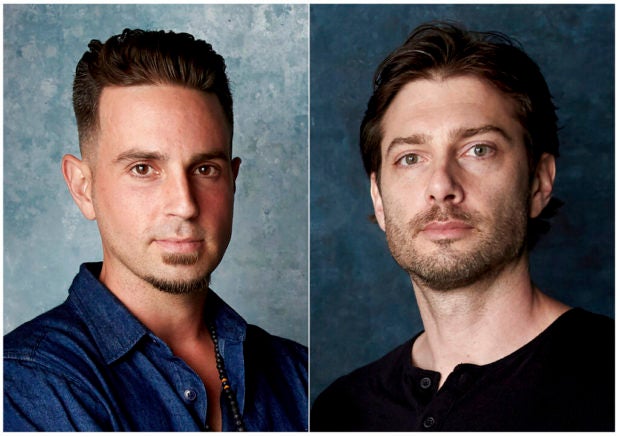 Wade Robson, left, and James Safechuck. In a tentative ruling Monday, the 2nd District Court of Appeal said lawsuits from the men should be reconsidered by the trial court that dismissed them in 2017. Image: Taylor Jewell/Invision/AP

LOS ANGELES — A California appeals court appeared strongly inclined Monday to give new life to lawsuits filed by two men who accuse Michael Jackson of repeatedly molesting them when they were boys.

Three judges from the 2nd District Court of Appeal said in a tentative ruling that lawsuits from James Safechuck and Wade Robson against two corporate entities that Jackson owned should be reconsidered by the trial court that dismissed them in 2017.

Robson, 37, and Safechuck, 41, who became known to a broad audience when they aired their accusations earlier this year in the Emmy-winning HBO documentary “Leaving Neverland,” sat together in a downtown Los Angeles courtroom during Monday’s brief hearing.

Outside, their attorney Vince Finaldi said the decision was the right one, and they are pleased.

“All they’ve ever wanted is their day in court,” Finaldi said.

The suits filed in 2013 that were dismissed because statutes of limitations had expired can be revived because of a new state law signed last month by Gov. Gavin Newsom that gives those who say they were sexually abused until age 40, up from age 26, to file lawsuits. It also gives victims of all ages a three-year window to sue, starting Jan. 1.

The Associated Press does not typically name victims of sexual abuse, but Robson and Safechuck have repeatedly come forward and approved of the use of their names and faces.

The tentative decision does not revive the actual Jackson estate as a defendant. A 2015 decision throwing out that part of the lawsuit will stand. The remaining defendants are the two corporate entities, MJJ Productions, Inc., and MJJ Ventures, Inc.

Attorneys for Jackson’s estate accepted that the cases must be returned to the trial court under the new legislation, but emphasized that the ruling is unrelated to the allegations they have long denounced as demonstrably false.

“This new law extends the time for genuine victims of abuse to file legal claims,” Jackson estate attorney Howard L. Weitzman said in a statement. “The appellate court’s tentative ruling is not on the merits of Robson and Safechuck’s allegations and the court in no way said that these cases will go to trial. Neither does it reverse the 2015 rulings dismissing Robson and Safechuck’s claims against the estate, which are final and no longer subject to any appeals. We are confident that the claims against Michael Jackson’s corporate entities will, once again, be dismissed as has happened before.”

Robson testified in Jackson’s 2005 criminal trial, in which the singer was acquitted, that Jackson had never molested or mistreated him, and Safechuck once said the same to authorities investigation Jackson, who died in 2009.

The men and their attorneys have said that stress and trauma that persisted into adulthood finally led them to accept that they had been sexually abused and go public.

Jackson’s estate is suing HBO over “Leaving Neverland,” in which Robson and Safechuck gave director Dan Reed graphic accounts of what they said were hundreds of instances of sexual abuse by Jackson over several years. A federal judge has ruled that case should be handled in private arbitration. NVG