Bette Midler: Still divine Ms M after all these years

Midler (right) and Judith Light in “The Politician”—NETFLIX

LOS ANGELES—AFTER all these years, Bette Midler is still the Divine Ms M—funny, open, candid. In a room at the Conrad New York Midtown (formerly The London NYC), the singer-actress’ humor and wit made my day.

In yet another winner by Ryan Murphy and his frequent collaborators Brad Falchuk and Ian Brennan, the satirical drama jabs at wealth and ambition in the US of A. “The Politician” stars Ben Platt, Zoey Deutch, Gwyneth Paltrow, Jessica Lange and Lucy Boynton.

You play a political adviser in “The Politician.” If you could be on somebody’s staff in real life, who would you want to work with? I have to say Mr. Obama is probably one of our guiding lights. He really ran a great ship. He was a tremendous commander-in-chief.

It’s a very hard job, actually—seeing the big picture and it’s also lots of tactics and strategy.  If you are not a good tactician or strategic thinker, you can get yourself into a lot of trouble. I don’t have any of those qualities. I can barely think now, especially since I am 73 years old.

In Season Two, where’s your character, Hadassah Gold, headed to? I’ve only received two scripts, but there are some very good surprises. It’s Ryan Murphy so it’s satire, wicked, addresses a lot of current issues.

You just said your age. It’s wonderful that you did “Hello, Dolly!” and that Las Vegas residency act. What’s your secret? I have been reading a lot of Twyla Tharp. She has a new book out. She’s a dancer so she talks about how movement will keep you alive.

It’s really about how you have to move, the blood flow, getting oxygen to the brain, keeping the heart strong, all those things.  But I also feel that you have to be careful about what you eat, what you ingest.  You can’t be a smoker, you can’t take a whole lot of drugs.

You can have a drink, but you can’t do anything to excess.

I follow you on Twitter and often retweet your posts. Can you talk about your process in writing these tweets? Every day is different.  Some days, you just don’t have it; some days, you are sparkling with wit.

And what kind of reaction do you get from President Donald Trump’s supporters? I get nasty reactions from Trump supporters. But I don’t really care. A tremendous number of them are robots.  A lot of it is coming from out of the country, so I don’t care about them. They are not fans of mine.

They have all these words that are cues for them. If they see these words in the algorithm, they just jump on it.  “I used to be your fan,” that’s my favorite one (laughs). “I’m never buying another record of yours (laughs).” We don’t make records anymore, fool.

How has your style changed over the years? Your style definitely changes with age. You can’t wear the nice tight things you used to wear when you were a youngster (laughs). And your feet really hurt. They spread, and things happen. You have to be  careful, you have to have a cold and calculating [mind], you have to be realistic about what your good points are, and your bad points are. 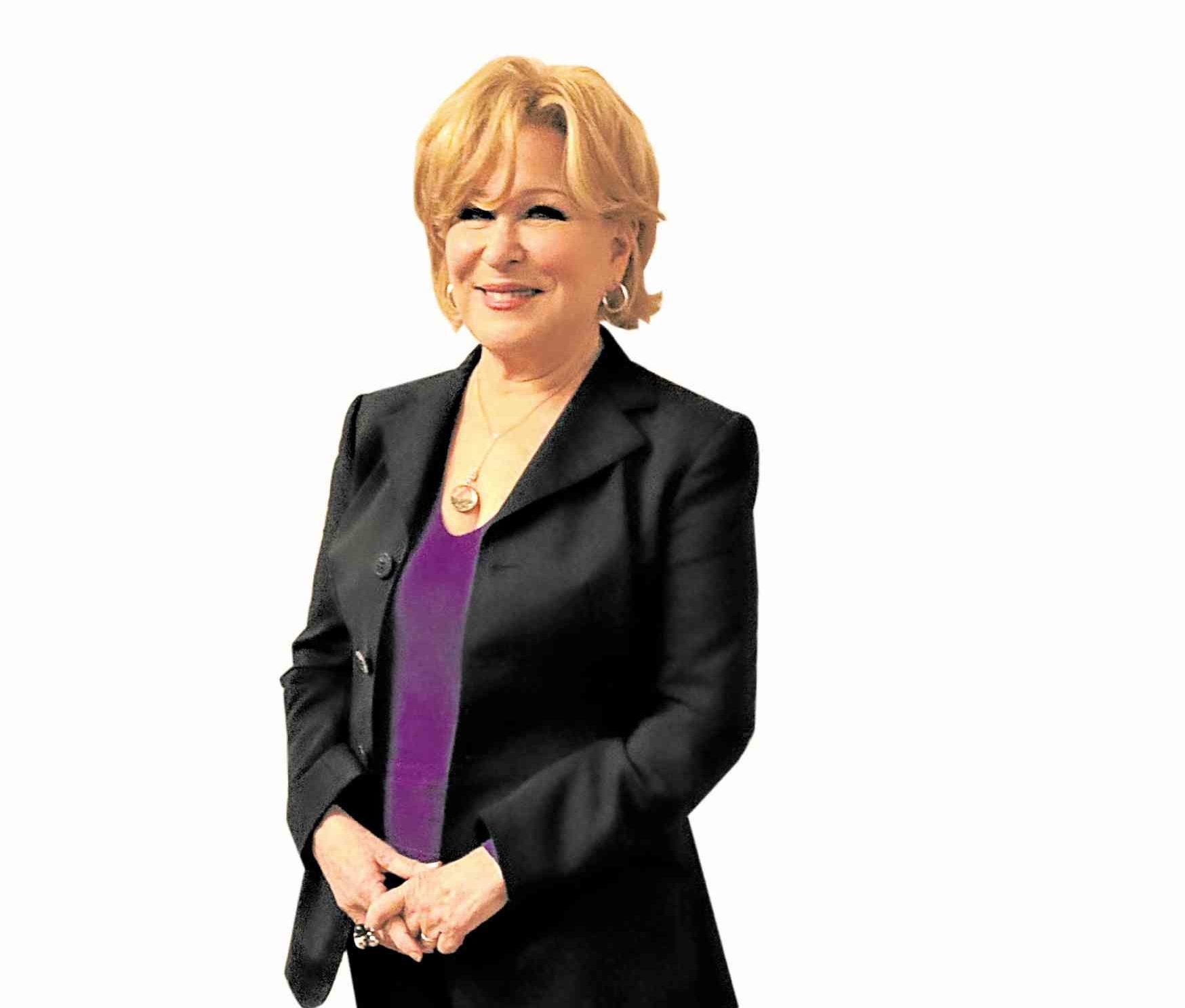 But you have to be willing to do that. A lot of people just say, ah, that’s enough, I’ve had it, I don’t care.  But unfortunately, I am in that racket where you have to care, you have to pay attention. Otherwise, you don’t get hired.  So, it’s alright, a small price to pay.

You don’t do as much as we all would like to see you on film or television. I know it’s hard for you to believe but me being a three-time Golden Globe winner (laughs), I’m not called that often.  When I’m called, I usually go. There are some things that I cannot do, though. I don’t really like stabbing, violence.

I like to sing, and I’m a comic, so that’s sort of my groove, my path.  I love drama, though. But unfortunately, I didn’t get those jobs.

What is the story behind “The Rose”? It’s one of the most beautiful songs and it’s played everywhere to this day. The film’s music supervisor was Paul Rothchild, who had worked with Jim Morrison, Janis Joplin and Bonnie Raitt. He was a tremendous producer. He found that song. That song had been released as a record by a woman named Amanda McBroom who also wrote it. And it was a small hit.

Paul thought it was a great song for the end credits.  It was not allowed to be put up for an Oscar, because it had been previously released.  But it didn’t matter, because the song has been in my catalog, and it has stood the test of time.

Did you ever record an all-Hawaiian album? I think about it all the time. I have a friend, Jake Shimabukuro, who is one of the greatest ukulele masters in the world. He and I recently made a version of “The Rose.” Just a ukulele and a voice.  And it’s available.

Jake Shimabukuro just turned 43 two days ago. He is a wonderful guy—a Japanese guy, born in Hawaii. I took him to meet the Queen.  When I was invited to meet Queen Elizabeth II of England and to play the Command Performance, I was petrified. I wanted to do something a little  different.

I asked him to come to Great Britain, to accompany me on “Wind Beneath My Wings.” Anyway, he came, and he was a big hit.

You have been married for 35 years. How do you think your husband, Martin von Haselberg, sees you? My husband is a genius. He could have been one of the greatest actors of all time.  But he did not choose acting. He chose painting and photography.

He came to “Hello, Dolly!” at least 35 times … and cried every night. So, he’s very moved by me, and he thinks I’m the funniest thing that ever walked. It’s a wonderful marriage.

What was the smartest decision you made, finance-wise? The worst decision was probably not doing “Sister Act.” I could have made some money on that one. It was a big hit.

One of the smartest things I ever did was buying the vacant lots in 1999 from New York City.  The Trust for Public Land and some friends and I bought 110 gardens and we kept them as gardens.  And these are all now public spaces … otherwise, there would be no green space.

Given the political environment today, are you optimistic or pessimistic? I try very hard to be optimistic, because I can’t imagine the other.  If I did, I wouldn’t be able to get out of bed in the morning.

Would you like to be 20 again, in this era and why? I don’t think I would. I don’t think I could cope.  It’s too complicated, it’s too hard.  When I was growing up, we had the best of it… We had peace, contentment and civility.

And if you were 20 again, would you go to a dating app? Oh, never, I would never do that.  I am very comfortable in my own skin, and I like meeting people in person.