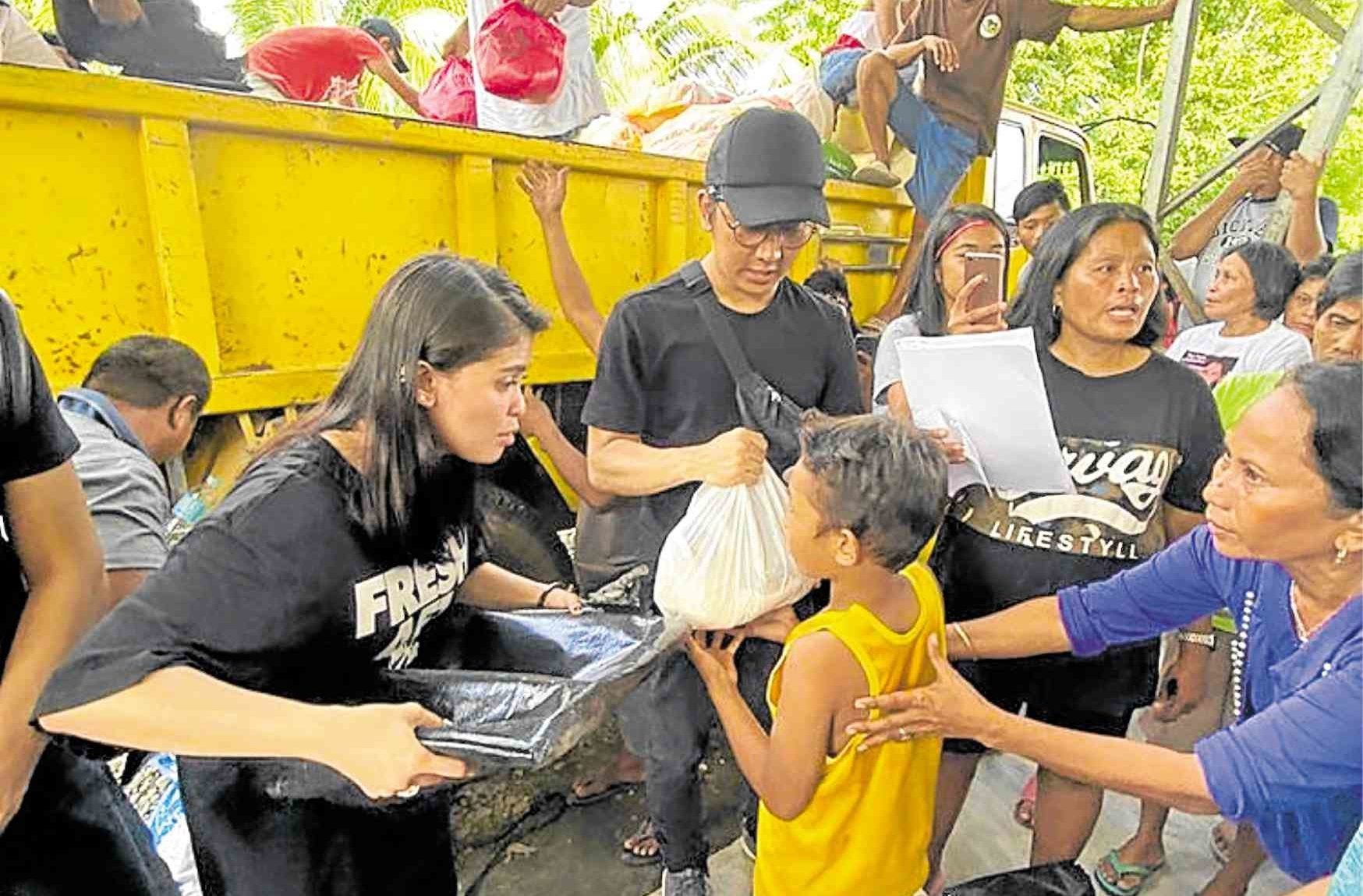 That was one of the first things that came to KZ Tandingan’s mind upon learning of the destruction caused by the recent earthquake swarm that struck Cotabato province and affected neighboring areas, including her hometown Digos City in Davao del Sur.

“I told my father that we have to give what we can give,” she told reporters at the recent premiere of her debut film, “The Art of Ligaw” (opens on Nov. 13).

“I was here in Manila when it happened, so I called up my friends over there and coordinated with them on how we could help. Luckily, my parents were also there,” the 27-year-old pop-R&amp;B artist added.

KZ and her friends brought relief goods and supplies to less frequented towns in Matanao, Davao del Sur, including Asinan and Saboy, where the scope of the damage, she said, were “hard to describe.”

“Those were more secluded areas that don’t get reached by aid. People there need shelter, rice and, most importantly, water—their water is the color of a chocolate drink,” the singer said.

“My mom, sister and brother were almost trapped inside a mall after the first earthquake. I was especially worried for my sister who’s pregnant—she almost lost the baby. And as much as we wanted to fly her to Manila, it wasn’t possible,” KZ said.

While the strong tremors have already stopped, she said she still can’t shake off her anxiety. “I’m nervous because these things are unpredictable. My family is away from me and I can’t do anything immediately should something happen.”

“The Art of Ligaw,” a romantic drama that pairs KZ with Epy Quizon, was shot in different locations in Davao and premiered in Davao City yesterday. It breaks her heart knowing that some of places featured in the movie were also affected.

“One of the buildings we used is now unusable. And it would be nice if we could talk to the people,” said KZ, who wished for healing for the people of Mindanao.