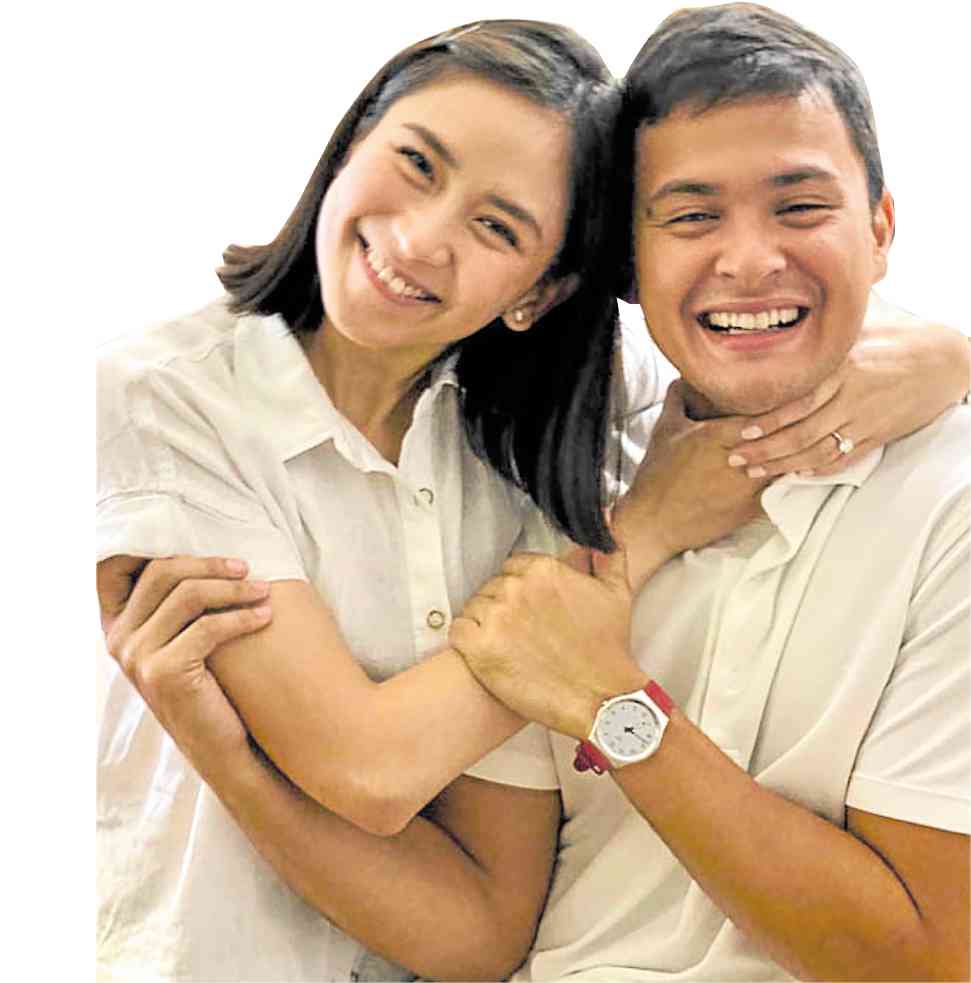 Through the years, fans and show biz personalities alike have witnessed Sarah Geronimo grow from a young singing contest aspirant to the defining pop artist of her generation.

They followed her every step: They sang her songs, watched films and celebrated her career milestones.

And they were just as invested in her personal life, which she has dutifully kept private: They swooned over the little snippets she chose to let on about her romances; and in times of heartache, rallied firmly behind her.

So, when her boyfriend, Matteo Guidicelli, confirmed in a recent Instagram post that he and Sarah are now engaged after six years of dating, the industry burst with excitement.

Perhaps there was even some sense of relief, knowing that one of the most talented and unassuming figures in the business is, “at last,” getting a happy ending—or new beginning—that they believe she richly deserves.

While the couple has yet to reveal details about their future wedding, friends and followers seemingly can’t wait much longer: Regine Velasquez is ready to be a ninang; Jason Dy is now “practicing” his number; and not a few “Popsters” are requesting that their idol walk down the aisle to an instrumental version of “Forever’s Not Enough.”

“I can’t help but feel excited for them. They’re settling down, that’s wonderful,” Regine recently told reporters on the sidelines of a Cinema One Originals event. “I’m happy for Sarah. I only wish the best for their relationship. We all know that they have been through a lot. And I feel like nothing can stop them now. This is it!”

“You can truly see the joy in their eyes,” Christian Bautista told the Inquirer. “I’m very happy for Sarah and Matt and I wish them a long, fruitful marriage.”

Jed Madela is thrilled that his wish for the two lovers have come true. “I have known Sarah and Matteo for the longest time and I’ve been praying that these two end up together because they’re wonderful people,” he told the Inquirer. “I’m overjoyed that they’re finally engaged and will be starting a new chapter in their lives.”

In a statement sent to the Inquirer, Viva Entertainment, the company that handles Sarah and Matteo’s careers, said: “We at Viva are very happy for them. Sarah’s like a daughter to us. We have also become close to Matteo. We wish the two of them happiness on their journey toward a blessed life together.”

Indeed, many in show biz see Sarah as their own daughter, sister or friend. The same goes even for those who don’t even know her personally.

Actress Neri Naig, for one, shrieked so loud upon hearing the news, that her husband, Parokya ni Edgar lead vocalist Chito Miranda, thought something bad had happened to his wife. “I feel like crying!” Neri, succinctly encapsulating every Popster’s sentiments, said in an Instagram post written in Tagalog.

“They don’t know me. But I’m happy for them, especially for Sarah,” said Neri, who vowed to whip up some pancit and lumpia to  celebrate. “I believe that you’re a good person. That’s why everyone is praying for your happiness.”

In a roundtable interview in February, Matteo belied earlier rumors that he had already proposed to Sarah after the latter was photographed wearing a diamond ring. “That’s too small,” he jested. True enough, the ring Sarah had on in Matteo’s bombshell Instagram post did look bigger.

“I love you, my love, now and forever,” Matteo wrote. Accompanying the message were photos of them, wearing white and all smiles, as Sarah playfully wrapped her hands around Matteo’s neck.

Sakal-kasal… you know the drift.

While Sarah usually shies away from queries about her relationship, Matteo is considerably more vocal.

In that same interview, he described his fiancée as “a very kind” person who has grown  into a “strong independent woman.”

“She’s very honest and the simplest person you will ever meet,” said Matteo, who flew to Bali, Indonesia, with Sarah in September to celebrate their sixth anniversary. “We continue to learn so much from each  other.”