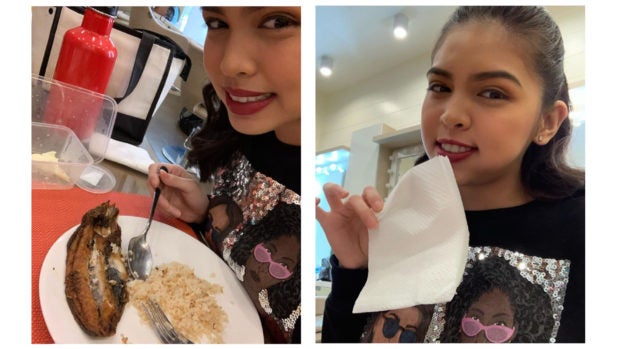 Ballesteros left his cellphone with his good friend only to discover at least 20 selfies of the actress in what appears to be her entire meal course, as seen on his Instagram post yesterday, Nov. 6.

The comedienne was clearly at her element, as she took photos of herself holding a spoon, eating her meal and holding a napkin. Mendoza’s prank photos were so many that Ballesteros had to divide the post into two parts.

“[M]ay mga alaala kang makikita na hindi mo alam kung san nanggaleng (You will see mementos that you would not know where they came from),” Ballesteros stated in his second post.

Ballesteros’ followers were all rolling on the floor with laughter. Maine Mendoza’s boyfriend, Arjo Atayde, was also amused at his girlfriend’s antics, to which he reacted with a series of laughing emoji.

Mendoza and Ballesteros are both hosts in the noontime show, “Eat Bulaga!” RA/JB