James Reid says no to working with Julia Barretto 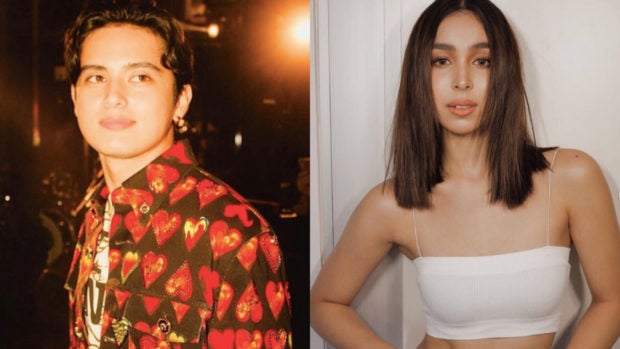 James Reid cannot see a future team-up with actress Julia Barretto. When asked if he was willing to work with her on future projects in an interview yesterday, Oct. 29, the actor said no.

Reid clarified on “Tonight with Boy Abunda” that he had “no problem” with Barretto, but he did state that there was “too much noise when it comes to fans and stuff.”

The actor and record producer was playing a game called “Games Reid (yes) or Games over Reid (no)”, where Abunda would flash photos of the actresses Reid could potentially work with. Reid had to respond with a yes or no, and then provide an explanation.

The list of potential leading ladies included Yassi Pressman, Janella Salvador, Liza Soberano, Kathryn Bernardo and Julia Barretto. The actor said “Games Reid” to majority of the actresses, citing that if he were to work with Janella Salvador, he hoped the collaboration would involve some music.

The actor appeared uncomfortable when asked about Barretto. “Do I have to explain?” he even asked. When he said “Games over”, Abunda supplemented Reid’s response with, “Para walang gulo (So there’s no conflict).”

Nadine Lustre, James Reid and Julia Barretto have worked together in the past. In 2015, they starred in the movie “Para sa Hopeless Romantic”, with Iñigo Pascual as Barretto’s love team partner. Reid and Barretto were speculated to be seeing each other around the time.

The two were allegedly seen together having coffee, as per a Philippine Entertainment Portal report on July 7, 2015. They were also supposedly spotted having dinner at a restaurant by a fan, the news site reported in November 2015. Reid denied his involvement on both accounts. Cha Lino/NVG