Jeff Goldblum, Miley Cyrus to duet on new rendition of ‘The Thrill is Gone’ 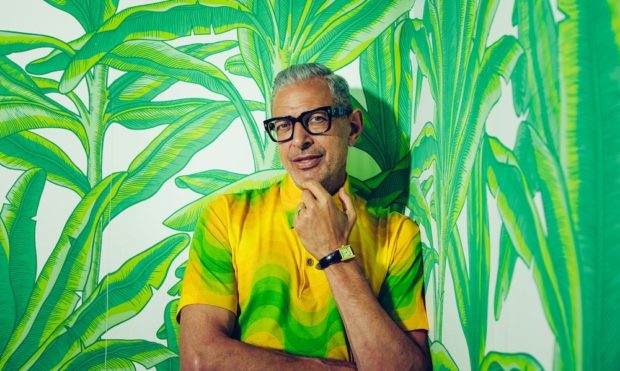 Jeff Goldblum has teamed up with Miley Cyrus for his upcoming new album “I Shouldn’t Be Telling You This”. Image: courtesy of U Music via AFP Relaxnews

The unlikely collaboration will appear on Jeff Goldbum’s upcoming sophomore album, “I Shouldn’t Be Telling You This”, which is due on Nov. 1.

The jazz musician has been playing “The Thrill is Gone” with his long-time band The Mildred Snitzer Orchestra for years.

For “I Shouldn’t Be Telling You This”, Goldblum suggested his friend Miley Cyrus to record a rendition of the blues standard, which was popularized by B.B. King in the 1970s.

“Hearing the one and only Miley Cyrus sing one of our arrangements is both surreal and mesmerizing. I can’t stop listening. It’s perfect,” he teased in a statement.

Cyrus is one of several guest artists who collaborated with Goldblum for his sophomore studio album, which will follow 2018’s “The Capitol Studios Sessions”.

Among them are Grammy-award winning vocalist Gregory Porter, who dueted with the vocalist on the previously released “Make Someone Happy”.

“Happy is an understatement…I am in the seventh circle of ecstasy to have Gregory Porter on the next single off my new album,” Goldblum wrote on Instagram about the collaboration.

Other guest musicians include Anna Calvi on “Four on Six/Broken English”, Sharon Van Etten on “Let’s Face The Music And Dance”, Fiona Apple on “Don’t Worry ‘Bout Me” and Inara George on “The Beat Goes On”.

Goldblum’s “I Shouldn’t Be Telling You This” is slated to release on Nov. 1 via Decca Records, with pre-orders already available. CL/JB