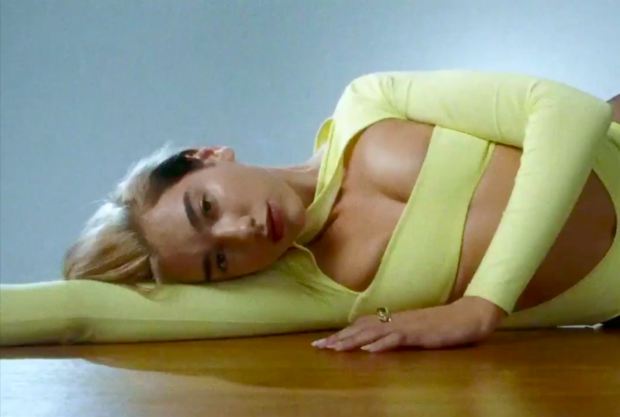 British pop star Dua Lipa has just shared a snippet of a single from her upcoming album. She took to Twitter and Instagram to share a video of herself dancing on a chair in a yellow outfit against a gray background in a short video ending with the words “Don’t Start Now” written in white on black.

The artist has also updated all of her social media accounts by deleting all of her old posts. New Musical Express reports that Lipa’s new project “would have a ‘disco influence’ and be ‘more mature’.” She has also spent time in the studio with cult producer Nile Rodgers (formerly of disco outfit Chic).

As she told Vogue last September: “I experimented with so many different sounds. My new record is still pop and it is really fun, but it is definitely more conceptual. I had the album title and went from that. After listening to it, it kind of feels like a dancercise class (laughs). I’m not trying to take myself too seriously but as a record it does feel more mature.”

Following the 2017 release of her self-titled debut, the singer collaborated with Calvin Harris on single “One Kiss”, as well as with Diplo and Mark Ronson for “Electricity”. The artist was nominated in two categories at the 2019 Grammy Awards: Best New Artist and Best Dance Recording (for “Electricity”). CL/JB