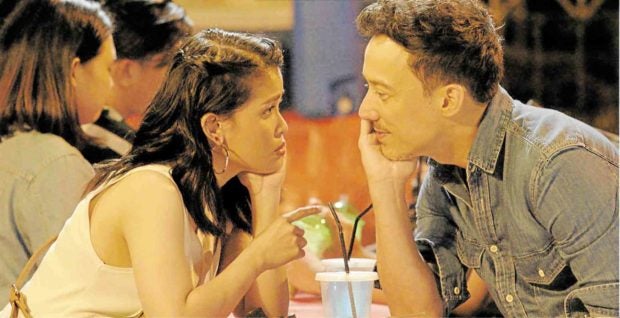 It’s probably just the height!” quipped KZ Tandingan, trying to downplay her “The Art of Ligaw” leading man Epy Quizon’s remarks that there’s something in her that reminded him of iconic actress Nora Aunor.

“Don’t say that! Baka mag-expect ang mga tao!” she told Epy at a recent press conference for the said romantic-comedy movie, which opens in cinemas on Nov. 13. “I’m not worthy of that comparison—I still have a long way to go and a lot to learn.”

Just the same, the 27-year-old singer is thankful that an acclaimed actor like Epy acknowledged her potential in a field foreign to her.
“I find it heartening that they see something in me. And this will only inspire me to work harder to improve myself as an actress … to be good in this craft,” she said.

Epy, who’s an unabashed Noranian, pointed out that there are parallels between the two women’s journey in show biz.

“All I’m saying is that KZ has the makings of a good actress. She and Ate Guy started out as singers. They’re both petite and have very expressive eyes. That’s what I’m getting at,” he said.

“That’s immense pressure!” KZ said in response to Epy’s praises. “But I’m taking it as a challenge.”

Produced by CoreMinds, “The Art of Ligaw” has KZ playing a young, feisty, but emotionally guarded call center agent in Davao.

Epy is Jake, a 40-something guy looking for a meaningful relationship; a man who feels tired and empty after years of one-night stands and random flirting and hookups. Meeting KZ, however, inspires him to go old-school and—for the first time in his life—initiates a courtship at a time when dating is just a swipe away.

Director and screenwriter Jourdan Sebastian said KZ was the perfect choice for the role.

“The film was shot in Davao, and it so happened that KZ is also from Davao and can speak Bisaya,” said the filmmaker, who likened KZ to a durian fruit. “The durian is quirky, but majestic and complex.” 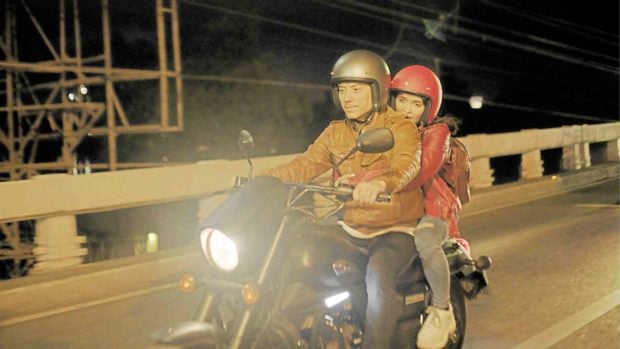 Scene from “The Art of Ligaw”

When the project was presented to KZ, she thought she was only being commissioned to record the film’s official theme song.

“I was shown the proposal. I liked the story, so I asked my handler of the song file,” she recalled.

“But my handler said, ‘No, you’re not doing the song—you’re acting in it,’” she continued. “I couldn’t believe it until an actual meeting was set, and discussions were already being had.”

For KZ, who won the reality talent search “X Factor Philippines” in 2012, singing is all she has ever known. “I was overwhelmed, because music is what I have been doing professionally for the past seven years,” she said.

But as her personal mantra goes, “You will never grow if you just stay in your comfort zone.” Despite her misgivings, KZ took the plunge. And she’s glad she did.

“Taking this opportunity was like jumping off a cliff. But I was confident that good, talented people would catch and guide me,” said KZ, who found a “new love” while working on her first acting project.