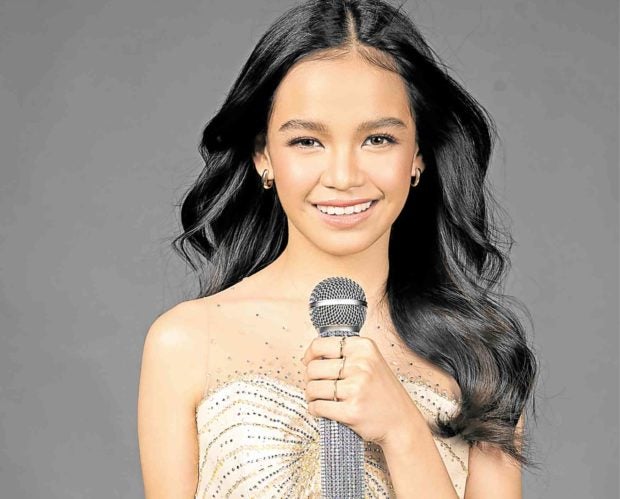 For “Idol Philippines” champion Zephanie Dimaranan, her upcoming first solo concert will be a celebration of her musical journey, which has been marked by triumphs and missteps; by joys and disappointments.

“I fought and fought until I reached my dreams. I believe that the failures and heartbreaks I experienced made me stronger and motivated me to give my best … I have also learned the importance of waiting for your right time,” related the young singer, who had tried her luck in “The Voice Kids” and “Tawag ng Tanghalan” prior to “Idol PH.”

The mere fact that she’s about to hold a major show—set on Nov. 28 at the New Frontier Theater (call 89115555)—is in itself a dream come true. But what more if you throw in a high-profile roster of guests, including Sarah Geronimo, Regine Velasquez, Erik Santos and Moira dela Torre?

“I didn’t expect and I can’t believe that they’re going to be part of one of my life’s most memorable events. I know they’re proud of me, so I also don’t want to disappoint them,” she told reporters at a recent press conference.

The 16-year-old singer is particularly thrilled about sharing the stage with Sarah, who took her under her wing in “The Voice.”

“I have always wanted to do a number with her. I have been listening to her songs since I was a kid. She’s also very kind to me. So this means a lot,” she said.

Also joining Zephanie are the two singers who ended up winning the other talent searches she had joined: Janine Berdin of “Tawag ng Tanghalan” and Elha Nympha of “The Voice.” Now, they comprise the musical trio called J.E.Z.

“It’s heartening that people who have been part of my journey will also be in my show. They’re happy for me, because my time has finally come,” she said of her competitors-turned-group mates.

Zephanie’s concert takes place just four months after her victory. Does she feel like things are happening so soon? Is she ready for this challenge?

“You can’t take away the pressure. But that’s normal, that’s OK because that will inspire you to work harder and prove that you deserve your title,” she said.

“I’m praying that the people who voted for me can also come see me. I’m hoping for a good turnout; that would be an accomplishment,” she pointed out. “On my part, I have to make sure that the show will be worth their effort.”

Her “Idol PH” win, Zephanie related, has changed her life and opened new doors for her.

Aside from her show, she will also join ex-Westlife member Brian McFadden in his Philippine tour on Nov. 16 and 17.

“Working with an international artist is new to me. I do know Westlife songs and they’re one of the groups I admire,” she said.

Zephanie, who’s currently in Grade 10 and still plans to finish her studies, is also thankful for her new experiences in the biz.

“I get to go to new places and meet new friends in the industry who give me helpful advice,” she said. “But more importantly, I can now inspire and share my talent with more people.”