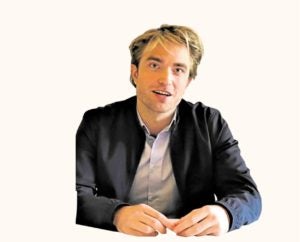 LOS ANGELES—“Nothing really stresses me out anymore,” Robert Pattinson claimed in our recent chat. Indeed, in this two-part interview, the actor was at his most candid, playful mood.

Robert laughed often in between telling us about his films, including Robert Eggers’ “The Lighthouse,” in which he gives the finest performance so far in his career, David Michod’s “The King” and Chris Nolan’s eagerly awaited “Tenet” and “The Batman.”

Referring to his lighthouse keeper character’s slow descent into madness, Robert said he could relate: “I’ve definitely gone pretty mad from isolation before. It happens quite gradually and so you don’t really know (laughs). You stop caring about your [appearance]… There were definitely some times when I didn’t change my clothes for months at a time (laughs). My isolation also combines with OCD (obsessive-compulsive disorder) behavior, as well.

“The smaller you make your world—now that I only live in my bedroom—I need to put a sheet over my TV set, so the demons don’t come out (laughs).”

There is a scene where Ephraim, let’s just say, got angry with a seagull.

“Definitely when I was younger—I think every guy, when you’re in your 20s—you don’t know how to deal with frustration,” Robert opened up about relating to fits of anger. “Now, I can’t remember the last time I got angry in my real life like that, anyway. I haven’t gotten angry enough to grab a rubber chicken and smash it (laughs).

“But I love doing it [projecting anger] in movies, though. It’s like fighting. You get a lot out of it afterward and leave the set thinking like you have so much adrenaline and feel ready to do something else. A lot of stuff was like that in this movie, very physical and adrenalized and you felt like you were actually doing the job.”

He pointed out, “After those scenes, you feel completely calm.”

In real life, how does he chill? “Little things that used to frustrate me become more satisfying to figure out ways to solve. If something is frustrating you, if you immediately think why and try to define it, then you can build from it afterwards. Nothing really stresses me out anymore.”

“It’s funny, everyone keeps talking about my accent, but that to me sounds like a French person,” Robert quipped. “I mean, I’m not doing it as a joke at all.”

“There were a couple of lines that I thought were funny,” Robert said. “I always find it weird in movies like that, where you are playing someone speaking English with an accent, and I was thinking, why would he be speaking English? It doesn’t make any sense.

“And when I did the costume fitting, I had seen all the other costumes.

“I just saw these mega gowns that I was wearing and I was like, oh, this is amazing. It makes me move differently. Then, when David Michod let me braid my hair to go into battle (laughs), I put it in braids. As soon as anyone lets you go far with something, as Hunter S. Thompson (author and journalist) said, ‘The tendency is to push it as far as you can.’”

Filming “The King” in summer in Hungary let him do something from his childhood. “I did a lot of horse riding around the countryside, which I hadn’t done since I was a kid. It was fun. I learned how to gallop for the first time. It’s one of the coolest moments I’ve ever had.

“It’s not in the movie, but there was a shot for which I learned to gallop to do the charge, to do the action core and lift the French flag and have seven knights arrange in formation behind me when I am galloping down a hill. My God, there’s no greater reason to be an actor than to do that once in your life.” 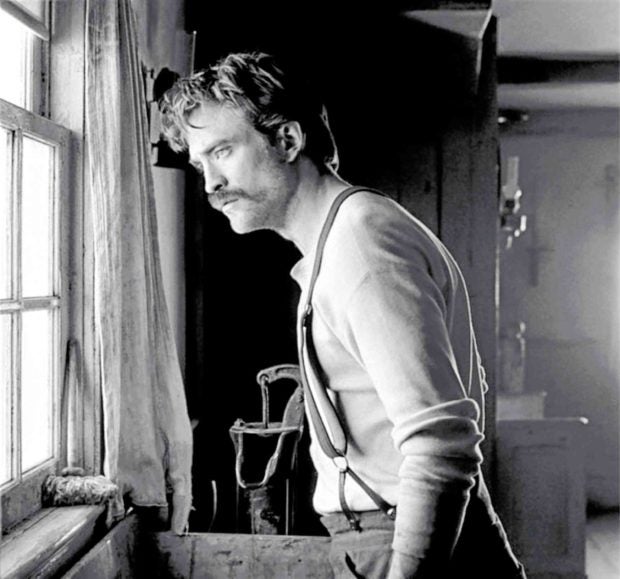 Robert Pattinson is in top form in “The Lighthouse” —A24

Before he dons the batsuit for Chris Nolan’s “The Batman,” Robert has to wrap “Tenet,” the action epic involving espionage, time travel and evolution, also directed by Nolan.

“I’m still shooting it now,” he revealed about the film that’s shrouded in secrecy. “There are so many parts of the movie where I thought, I cannot believe this is happening. It’s just so huge, so weirdly audacious, but in the same way, ‘The Lighthouse’ is stylistically, aesthetically and tonally pretty out there. Chris does the same sort of things, but on these huge canvases. I can’t imagine what it’ll look like. But it’s going to be pretty amazing.”

In the meantime, getting buff to play Batman is on hold. “Yeah, the working out is definitely a big part of it,” he said. But he stressed, “Because I am still shooting Chris’ ‘Tenet,’ I have to wait until I’ve finished it. So, I’m finishing in a few weeks, then I am going to torture myself for a few months (laughs).

“I can’t even bear to look at the plan yet, but I am going to be doing night shoots for two months (for ‘Tenet’) and going straight into it (physical training for ‘The Batman’). I immediately called my trainer and said, ‘You know what I said about steroids? I take that back (laughs)!’”

As for Robert making Batman his own, as advised by the former Batman himself, Christian Bale, he reacted with these words: “Christian’s interpretation of Batman was incredible. I can’t believe I’m doing Chris’ movie now, as well. I love the way Christian did it.

“And for a part in which your face is basically covered, there is something quite simple about the character in lots of ways. But to see the scope of how many different people have interpreted it, it could be put into so many different genres—it can be played for laughs, for anything. I thought Christian’s idea was absolutely brilliant. I’ve got a little idea of it (his take of Batman), but we’ll see how it works.”

The busy acting schedule of Robert, who sings, plays the guitar and piano, and composes, has left little time for his musical inclinations. “I used to love singing,” he declared. “It’s weird. I feel like the less I did music, I definitely felt more proficient in acting. But I still do it, whenever I listen to a song I love on the radio.”

And Robert still likes to dance. “I still like it. When I was a child, getting caught dancing and singing to Billy Ocean’s greatest hits by my sister is still probably the defining moment in my life (laughs).”

Looking at his immediate future, Robert said that deciding to do big Chris Nolan movies didn’t mean he was turning his back on small indie films which he embraced in the post-“Twilight” phase of his career.

“I wasn’t making a decision to turn away from it (indie films),” he emphasized. “I just wanted to do what I wanted to do.

“And I weirdly enjoyed it during ‘Twilight,’ like that anticipation and you can mess it up. With other movies where no one knows what to expect, like with ‘The Lighthouse,’ it’s kind of, no one would see (laughs) Ephraim Winslow.

“I guess I was feeling pretty confident at the beginning of this year.”

Laughing one more time, Robert added, “And I want to be on the big stage.”

Read Next
Crazy Jhenny, October 25, 2019
EDITORS' PICK
WHO: Indoor airborne spread of coronavirus possible
Water remains our saving grace right now
Motostrada expands by handing over ‘Trident’ and adding new ‘Horseman’ to its growing business
No arrests to be made on 1st day of allowed pillion riding for couples — HPG
House panel set to meet for possible decision on ABS-CBN franchise bid
Digital hunt for Hyun Bin: 5 challenges for Smartees
MOST READ
‘I will always speak up for you’: Server on defending Fil-Am family from racist rant
‘Nouveau’: Agot Isidro hits Jinkee Pacquaio’s show of luxury Hermes, Louis Vuitton bikes
Bela Padilla on being tagged a Diehard Duterte Supporter: ‘Nope, not at all’
Solon withdraws support for ABS-CBN franchise renewal
Don't miss out on the latest news and information.

TAGS: Only In Hollywood, Robert Pattinson, The Lighthouse