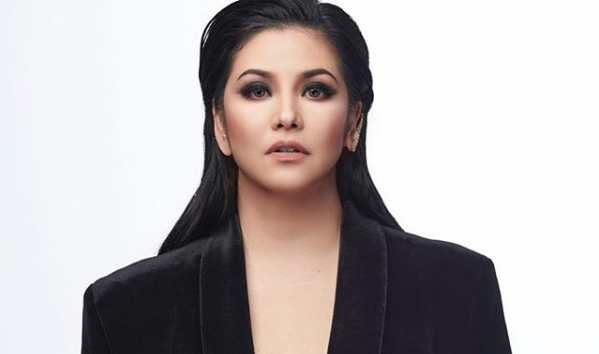 Asia’s Songbird Regine Velasquez recalled in her recently launched vlog the moment she was discriminated against while trying to shop inside a Louis Vuitton store in New York City.

Velasquez launched her YouTube vlog last Oct. 1, regaling her fans with a story of how she obtained one of her prized Louis Vuitton high heels. As per Velasquez, she saw the pair of heels, which was part of the luxury brand’s runway collection, while browsing a magazine sometime around the early 2000s. At the time, she was not aware that items from the runway collection come limited.

(They immediately told me in the beginning that they did not have my size. They really said it. I asked, ‘Can I at least try them on?’ The guy said, ‘Uh, no.’ He really said that. I was immediately discriminated so I felt a bit depressed.)

Disappointed, Velasquez left and went to the Neiman Marcus store nearby where she let loose and bought 20 pairs of shoes. However, she also initially felt discriminated against while inside the store, as the sales assistants paid her no mind until an African-American man approached her and asked if she needed help.

“Meron akong nakilalang (I met this) black guy. Again, I was being discriminated. No one was making me pansin, yung lahat sila nagsusukat (no one was paying me any attention, the rest were trying on shoes)… Walang pumapansin sa ‘kin (nobody noticed me), until this guy came to me and then he said, ‘Do you need help?’” she said.

(Feeling like about to cry, I said, ‘Yes I need help.’ I bought everything I pointed at, so he was happy, very happy. Meanwhile, the others there were staring since the ones who were trying on shoes did not even buy anything.)

What happened next seemed to echo the famed shopping scene in “Pretty Woman,” wherein Vivian (Julia Roberts) returned to the luxury store where she was shot down by one of its shopkeepers the day before, this time carrying with her all of her shopping bags.

After paying for the 20 pairs of shoes, Velasquez said she went back to the Louis Vuitton store carrying her shopping bags. Only then was she able to purchase the shoes she wanted to buy in the first place.

(When I was already carrying a lot of shopping bags, I was let inside Louis Vuitton and I was able to buy the shoes. That’s the story behind these shoes).

In the end, Velasquez told her fans that it was okay and reminded them they should not feel bad if they are discriminated against. “You go back and, like, kick some *ss, right?”  /ra

Lea Salonga comes to defense of Regine Velasquez: ‘You owe no one any explanations’