WATCH: Angel Locsin somersaults into water for a scene in ‘The General’s Daughter’

Angel Locsin received praise from her fellow celebrities for doing one of her own stunts for an episode of the TV drama series “The General’s Daughter”.

The actress did an acrobatic dive-flip into the water during taping on a dock for a scene in the show, as seen in the behind-the-scenes clip she posted on Instagram last Friday, Sept. 27.

Her fellow celebrities then expressed their praise for Locsin’s work, following the video she posted. Celebrities who commended Locsin include Mariel Rodriguez, Arci Muñoz and Chito Miranda, among others. 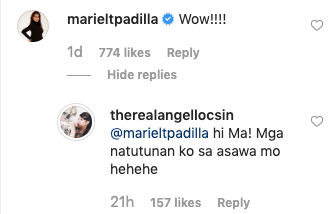 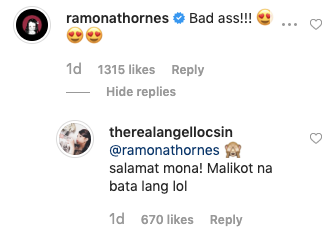 (You really are crazy! You went all out in that flip. Take care of yourself! Especially your back! So hard-headed. But whatever I say, you are still kickass.)

Locsin sustained a spinal injury in 2015, which led her to back out from reprising her role as the titular character in the upcoming “Darna” movie.

JC De Vera, one of her co-stars in the series, also took to his own Instagram page on the same day to share the clip of Locsin’s stunt.

(You really are unique. The one and only! No one else except you can do [that stunt].)

The multi-awarded actress stars as lieutenant Rhian Bonifacio in “The General’s Daughter”, which is set to air its final episode on Friday, Oct. 4. JB