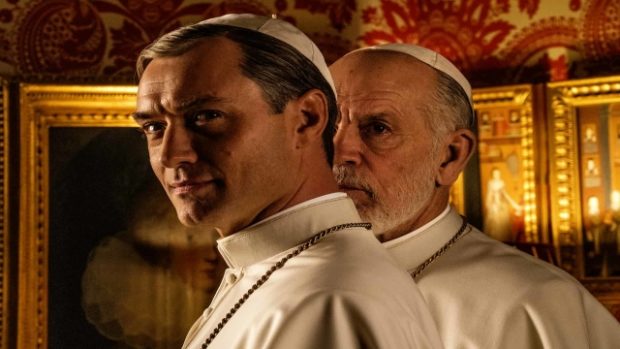 Jude Law and John Malkovich are seen as fictional popes in the first trailer for the upcoming drama series “The New Pope”.

The teaser for the project, directed by Paolo Sorrentino, shows Pius XIII (Law) strolling a beach peopled only by women. In contrast, John-Paul III (Malkovich) is shown in the Vatican in papal garb.

The new series is a follow-up to the 2016 show “The Young Pope” which also starred Law.

The series had its world premiere at the Venice International Film Festival last Sunday, Sept. 1. A wide release date has not been announced. RGA/JB

ADVERTISEMENT
Read Next
Anna Kendrick to play cop in indie thriller ‘Unsound’
EDITORS' PICK
Get exciting deals and discounts when you download the new McDonald’s App
Batangas execs, Taal evacuees thank House; hopeful on rehab efforts
SM continues to send relief assistance to remote towns in Batangas
PAL: Passengers with flights to parts of China may request for refund, rebooking
5 years after Mamasapano, son of fallen SAF 44 trooper remembers his ‘idol’
‘A greener, cleaner tomorrow’: A how-to guide for Filipinos who want to help with today’s energy crisis
MOST READ
Taal’s sulfur dioxide emission increases
No time for revelry; Tagaytay instead plans for alert level 5
Seized food items from China tested positive for ASF–BOC
Dina Bonnevie on Coney Reyes: We have forgiven each other
Don't miss out on the latest news and information.