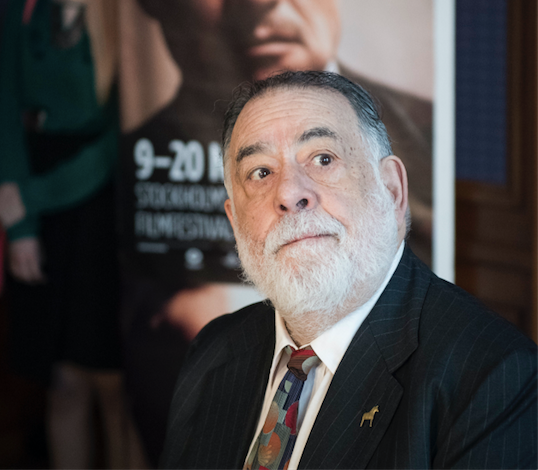 Director of the iconic “Godfather” trilogy and “Apocalypse Now”, Francis Ford Coppola has indicated that he is moving closer to filming his next big project, “Megalopolis”.

“I plan this year to begin my longstanding ambition to make a major work utilizing all I have learned during my long career,” Francis Ford Coppola told Deadline Hollywood, “and that will be an epic on a grand scale.”

As well as the “Godfather” saga and war movie “Apocalypse Now”, Coppola has also been feted for his work on spy thriller “The Conversation” and gothic horror “Bram Stoker’s Dracula”, as well as George Lucas’s breakthrough “American Graffiti”, which he produced.

Of “Megalopolis”, which is set in New York but was shelved after September 2001’s 9/11 attacks, Coppola described the project as “unusual,” “a production on a grand scale with a large cast” and “not within the mainstream of what is being produced now.”

Jude Law’s name was mentioned “among those who might potentially be in the movie,” according to Deadline’s reporting.

Coppola celebrates his 80th birthday on April 7, 2019, ahead of the Tribeca Film Festival, April 25- May 5, at which a 40th anniversary Final Cut remaster of “Apocalypse Now” will be shown.

All three of his children entered the movie business, Gian-Carlo and Roman as producers, Sofia debuting in “The Godfather” before directing “The Virgin Suicides”, “Lost in Translation” and “The Beguiled”, among others.

The surprising thing that Sofia Coppola remembers about the Philippines