Anna Kendrick will be playing a state trooper who is investigating a gang boss’ prison break in the upcoming thriller “Unsound”.

The plot will follow a New England cop suffering from an irreversible hearing impairment as she investigates the escape from prison of a gang leader, leading her to uncover a vast conspiracy at great risk to her life. 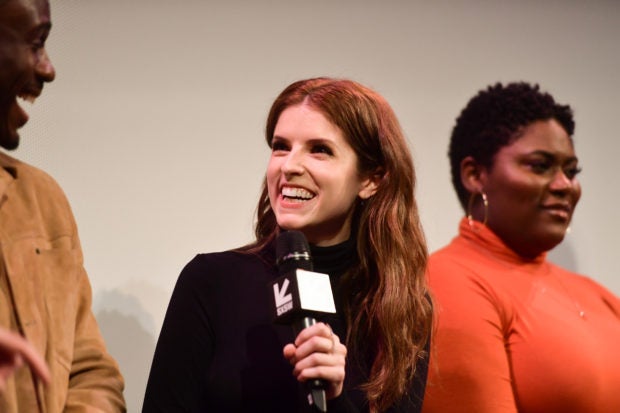 Anna Kendrick at the “The Day Shall Come” premiere in Austin, Texas. Image: Getty Images/Matt Winkelmeyer via AFP

The feature will be directed by Bharat Nalluri (“The Man Who Invented Christmas”) and based on a script by Matthew Ross and Christopher Edwards. The film, produced by ShowKat Production, Untapped and XYZ Productions, will be shopped around at the Toronto International Film Festival this month.

Kendrick was last seen on the big screen in 2018 in Paul Feig’s “A Simple Favor”, a dramatic comedy-tinged drama along with Blake Lively (“Gossip Girl”).

The Oscar-nominated singer-actress will soon be featured in the upcoming comedy “Noelle” with Bill Hader, premiering on Nov. 12 on the new Disney+ streaming platform. She is also lending her voice to the animated comedy “Human Discoveries”, available since July on Facebook Watch, opposite Zac Efron. RGA/JB

Anna Kendrick sings her heart out in “Pitch Perfect 3”