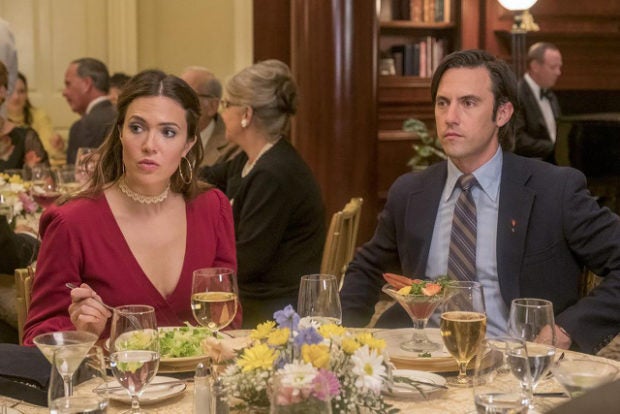 Mandy Moore and Milo Ventimiglia are back for the fourth season of “This Is Us”. Image: Courtesy of NBC via AFP Relaxnews

The teaser for the fourth season of drama-comedy TV series “This Is Us” was released by NBC last Saturday, Aug. 31.

The one-minute trailer for the series’ new season shows Rebecca Pearson (Mandy Moore) in a car with husband Jack (Milo Ventimiglia). She is thinking back to some of her life’s unexpected moments, which may have turned it upside down.

Fans will have to wait a little longer to find out what happens during the next season, since the trailer mainly focuses on a flashback.

The short video also offers a sneak peek at some of the new characters who will debut in the upcoming season, such as Jennifer Morrison, who is making her TV comeback following the finale of “Once Upon a Time”. It also features “When They See Us” stars Asante Blackk and Marsha Stephanie Blake, as well as “Sixth Sense” director M Night Shyamalan.

The series’ fourth season will debut on NBC on Sept. 24. RGA/JB

Nostalgia-triggering ‘This is Us’ tugs at viewers’ heartstrings

TAGS: Mandy Moore, NBC, This Is Us, US TV series, When They See Us