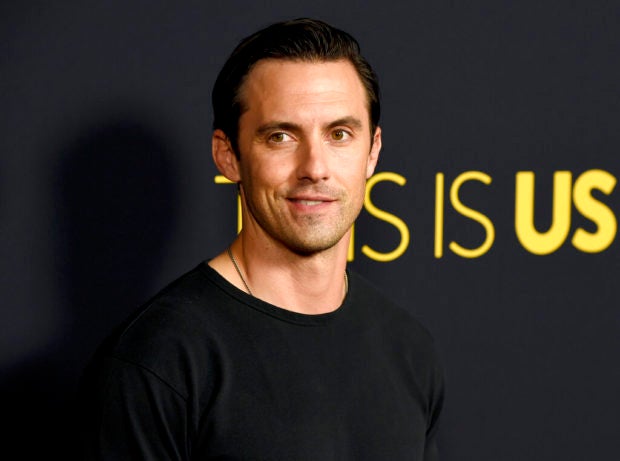 FILE – In this Sept. 25, 2018 file photo, Milo Ventimiglia arrives at a season three premiere screening of “This Is Us” in Los Angeles. Ventimiglia is being honored as Man of the Year by Harvard University’s Hasty Pudding Theatricals on Friday, Feb. 8. Image: Chris Pizzello/Invision/AP, File

CAMBRIDGE, Massachusetts — “This Is Us” actor Milo Ventimiglia was honored Friday as Man of the Year by Harvard University’s Hasty Pudding Theatricals at Farkas Hall in Cambridge.

The Emmy-nominated actor received the award after a roast from Elizabeth Mann and Mariana Sanchez Medina of the Hasty Pudding Theatrics, who poked fun at some of his B-list acting roles and his status as a sex symbol.

“Milo was named the world’s sexiest vegetarian alive by PETA, even though everyone sees you as a piece of meat,” the two Harvard undergrads quipped.

Before being able to hold the pudding pot, Ventimiglia had to endure a little extra embarrassment: the Pudding had Ventimiglia sing Fergie smash “Big Girls Don’t Cry,” (Ventimiglia starred in the music video) and gave a lap dance to one of its members.

Ventimiglia took the teasing in good fun, emphasizing how proud he was to receive the title.

“My mom, who declined being my date two years in a row for the Emmys, made sure to be here tonight,” he told the crowd.

After the roast, the Hasty Pudding had the opening night for “France France Revolution,” the troupe’s first production to feature women in the cast. Medina and Mann produced the play.

Ventimiglia said he was honored to be part of the historic event.

“To know that the Hasty Pudding is now including women on stage is absolutely the right thing to do,” he said. “The heart of the artist isn’t only in one type of person or one way of being. It’s really in all of us.”

America’s oldest theatrical organization says Ventimiglia was selected because he has made “significant impressions on television and film.” He stars as the patriarch Jack Pearson in family drama “This is Us” and has had leading roles in “Gilmour Girls” and “Heroes.”

Ventimiglia said he understands why “This is Us” resonates with many Americans, even in a particularly charged political climate.

“I think people want to feel good even in pain and sadness,” Ventimiglia said. “It’s a gratifying thing when I as an artist know that the work that I’m a part of is creating positivity.”

Hasty Pudding has honored a Man of the Year since 1967, and previous winners include Clint Eastwood, Tom Hanks and Christopher Walken. Paul Rudd was honored last year.

‘This Is Us’ season will answer war mysteries, creator says