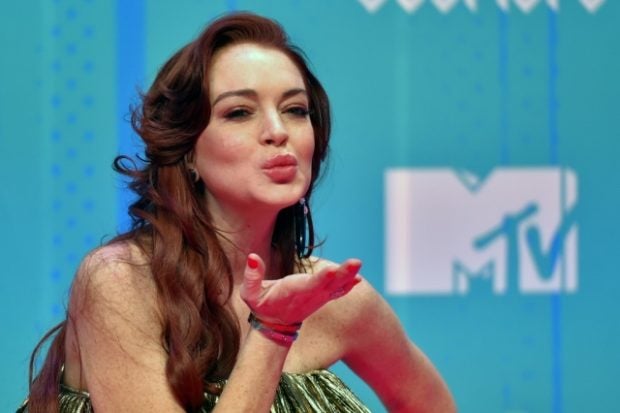 The radio station’s host Kris Fade described the song as being about “anxiety and pressure and taking care of yourself.”

“Would you like to sit next to me? When you kiss me, I can’t breathe/ I try to stay away from you, but you get me high/ Only person in this town that I like,” Lohan sings in the 30-second teaser.

Although the full song has yet to be released, Fade announced that “Xanax” will be available “very, very soon.”

“I really do like it. I’m not just saying that because it’s Lindsay Lohan and I know her or whatever — it’s a really good song,” he added, calling the song “unbelievable.”

Over the last few months, the actress-singer has teased her return to music on social media, posting a photo of herself in a recording studio in June.

Her debut album, “Speak”, was released in 2004 and eventually certified premium. Shortly after, Lohan followed up with her sophomore and last full-length effort, “A Little More Personal (Raw)”, in 2005.

She later unveiled her 2008 single, “Bossy”, which served as the theme song for her short-lived MTV reality show, “Lindsay Lohan’s Beach Club”.

Lohan is currently serving as a judge on the Australian reality show “The Masked Singer Australia”. RGA/JB