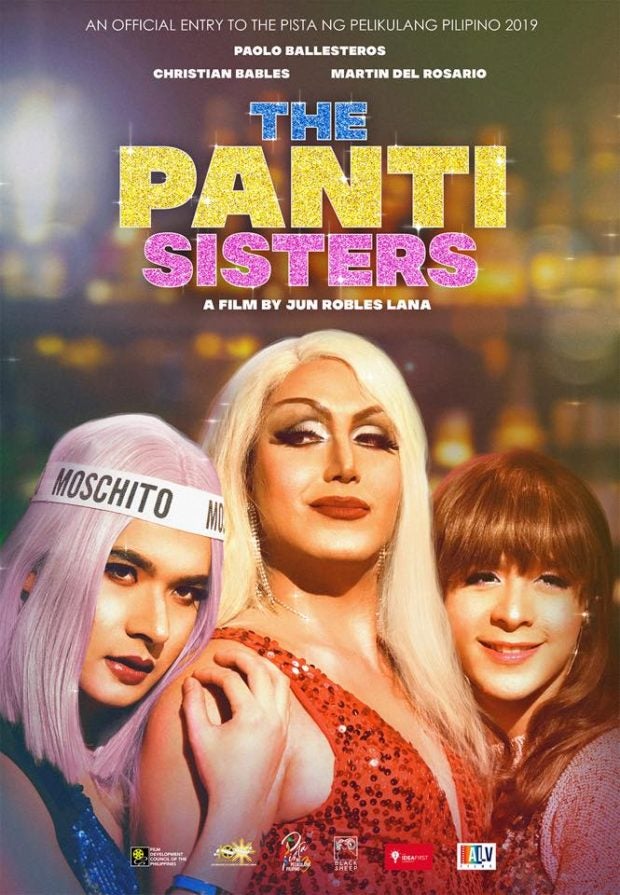 In “The Panti Sisters,” three out and proud gay siblings attempt to act straight to earn their father’s estate before he dies.

Actors Paolo Ballesteros, Martin Del Rosario and Christian Bables play the fabulous and feminine Gabriel, Daniel and Samuel Panti. They race against time to appease their dying father Don Emilio (John Arcilla) who promises to grant a P100 million worth of inheritance if they can provide a grandchild.

As the trailer shows, the three take different and laughable tactics to earn the inheritance by hiding their gender expression. From shedding their wigs to trying to pick up women in bars—and even attempting to have sex—they cannot help but show their true colors.

As ridiculous as the premise seems, it is not so far-fetched in a country where being a member of the LGBTQ+ community can come at a cost—but is lying about who you are worth P100 million?

The film is directed by Jun Robles Lana and will premiere at the Pista ng Pelikulang Pilipino (PPP), which runs from Sept. 13 to 19.  /ra

How Martin del Rosario relates to his trans character’s struggles