With his latest film role, “Die Beautiful” and “Signal Rock” actor Christian Bables takes on another “color” from the LGBT spectrum, for the Jun Lana-helmed “The Panti Sisters,” about three gay siblings.

Costarring with Paolo Ballesteros and Martin del Rosario, Christian told the Inquirer that playing another gay character is different for this film, which is included in September’s Pista ng Pelikulang Pilipino festival.

“My character here is Samuel Panti, one of the Panti sisters, an illegitimate child, unlike Martin and Paolo’s characters,” Christian said in Filipino. “In ‘Die Beautiful,’ my other gay role, Barbs, is a trans woman. Si Samuel, hindi. He identifies more as a gay man. He’s a crossdresser and is flamboyant. His idol is Vice Ganda; basically, I looked at Vice’s videos, his qualities that are worth idolizing, and studied them. I’ve always been a fan of his humor.”

Working once again with the director after behind-the-scenes drama kept him from reprising Barbs for the sequel “Born Beautiful,” Christian remarked, “Love is sweeter the second time around. The misunderstanding between me and Direk Jun [is over]. We’re more at ease now.”

On working with Martin, his replacement in the project, he said: “Masaya. Riot! It’s a good thing we didn’t let intrigues affect us; otherwise, we wouldn’t have become friends.”

The 26-year-old actor, who also had a gay role in the teleserye “Halik” and the short film “A Love Story in the Time of HIV,” doesn’t worry about getting typecast, or being perceived as gay because of his “pink” onscreen personas.

“The beauty of it is, I need not prove anything,” Christian said. “As long as the role has life and heart, I’ll do it!” 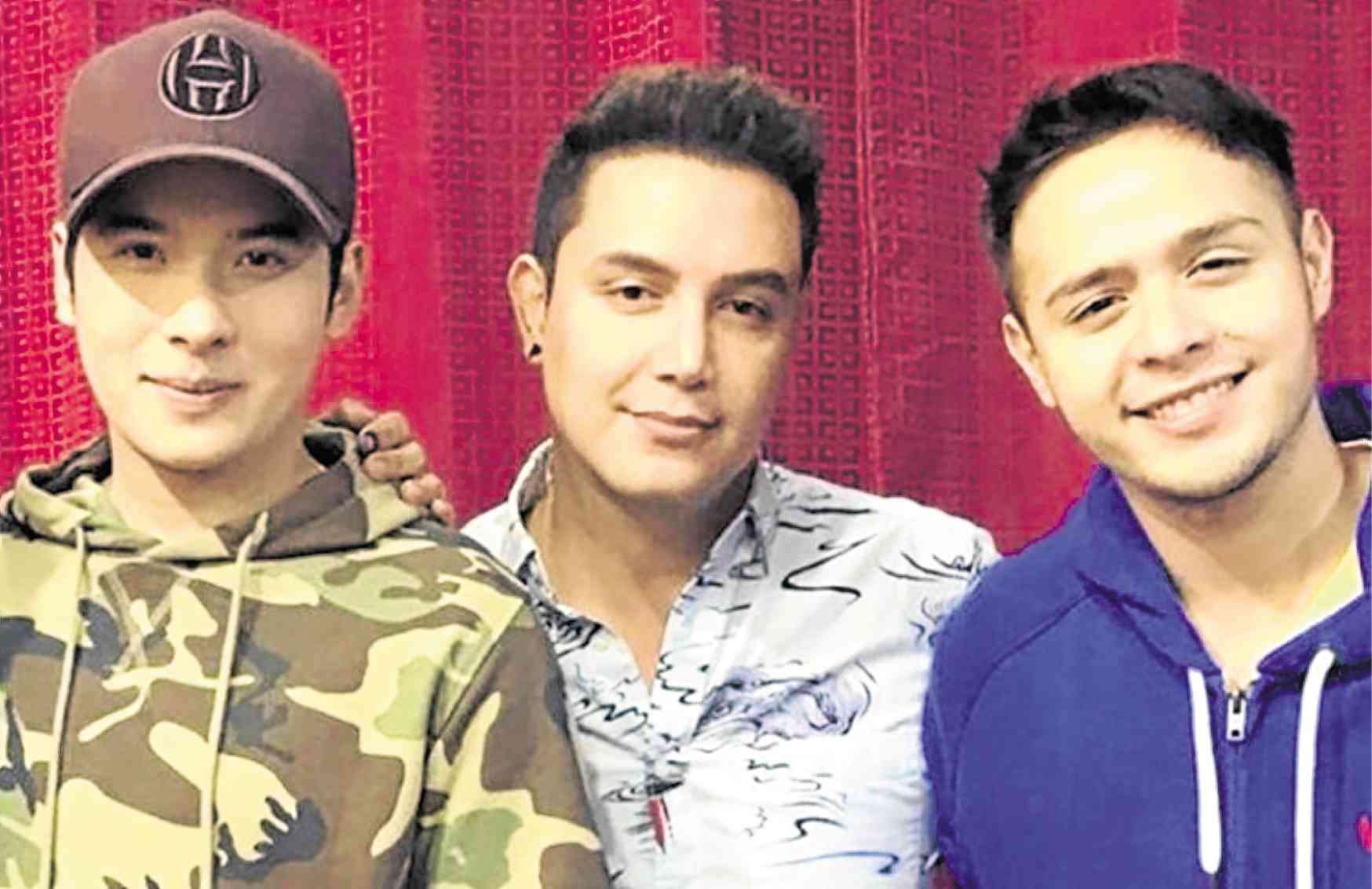 “Panti Sisters” producer Perci Intalan said that his and partner Jun’s catchily named “Beautiful Cinematic Universe” has films that don’t necessarily cross over with each other.

But, he elaborated, “these movies aim to show the diverse experiences within and around the LGBTQ community. With the box office success of these films, we hope it means that the wider audience is starting to appreciate these experiences of love and family as the same, regardless of whether you are LGBTQ or not.”

On Christian’s return to the fold, he said: “We are so happy to be working with him again. In spite of his successes since, Christian is just as dedicated and serious about his craft as he was when we first saw him.”

And what has Christian learned from portraying all these gay figures? “I consider myself a straight ally,” he said. “I believe in equality. Members of the LGBT community should have rights that straight people have, because they’re humans, too. It starts with respect. We should respect others because they’re also people. When I say that, I mean respect for their choices, preferences and their identity—how they see themselves.”

According to the actor, it’s still part of gay Filipinos’ reality to be considered less than equal to straight persons.

“Grabe ang discrimination. I’m someone who supports the Sogie (Sexual Orientation and Gender Identity and Expression) Bill. I didn’t care , before. Namulat ako when I took on the role of Barbs … that’s when I became an ally. Sh*t, ang sakit na hindi pantay ang trato sa kanila.”